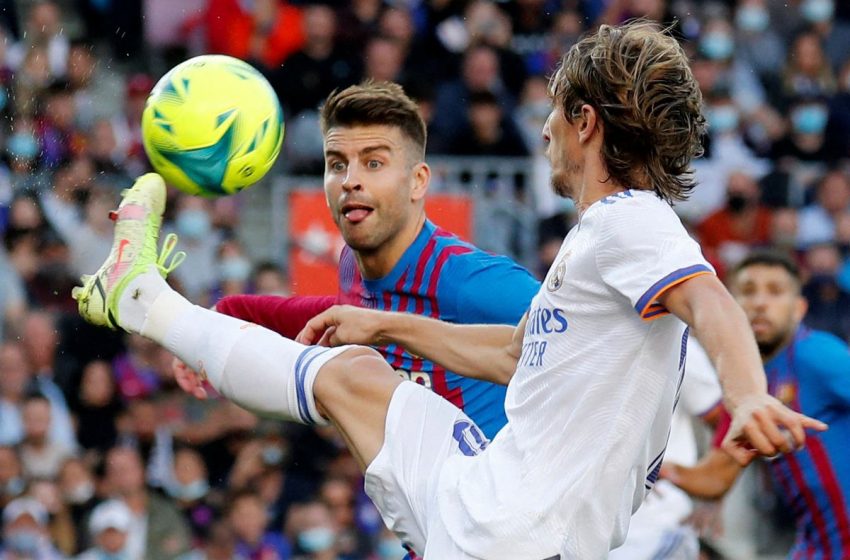 Jan 9 (Reuters) – Amnesty International is calling on the four clubs involved in the Spanish Super Cup in Saudi Arabia this week to take a stand over women’s rights and equality issues.

Real Madrid, Barcelona, Atletico Madrid and Athletic Bilbao will compete in the revamped Super Cup in the Saudi capital Riyadh from Jan. 12-16 after the Spanish FA agreed a contract with the Saudis until 2029 that will earn the governing body 30 million euros ($34 million) a year.

The human rights organisation has sent the clubs and the Spanish soccer federation purple armbands and asked the team captains to wear them during the tournament as a show of solidarity.

“We are asking your organisation to honour its commitments and responsibilities to human rights,” Amnesty urged the clubs in a letter sent last week and seen by Reuters.

“Your club has an opportunity to take advantage of the tournament to make human rights concerns visible in Saudi Arabia. We invite your captain to wear the armband either during matches, or at events around the tournament such as press conferences, training sessions and other public exhibition spaces, including social media.”

The clubs have not yet responded to Amnesty’s letter, the human rights body said. Reuters has contacted the clubs for comment.

“The Spanish FA presented it in 2019 as ‘the Super Cup of equality’ but, two years later, we denounce the continuation of serious violations of human rights in this country, in particular towards women and LGBTI people,” Amnesty said in a statement.

The Spanish Super Cup is one of many sports events hosted by Saudi Arabia, including the Dakar Rally, a Formula One Grand Prix and the 2019 Italian Super Cup.

Saudi Arabia has no codified legal system and no laws regarding sexual orientation or gender identity. Judges have convicted people for “immorality”, having sexual relations outside of marriage, and homosexual sex.

At the Saudi Grand Prix in December, seven-times Formula One world champion Lewis Hamilton wore a rainbow-coloured Progress Pride helmet to draw attention to LGBTQ+ intolerance in the country where gay sex is a criminal offence.

Real Madrid and Barcelona will meet in the first semi-final on Wednesday while Athletic Bilbao and Atletico will play on Thursday for the other spot in Sunday’s final.