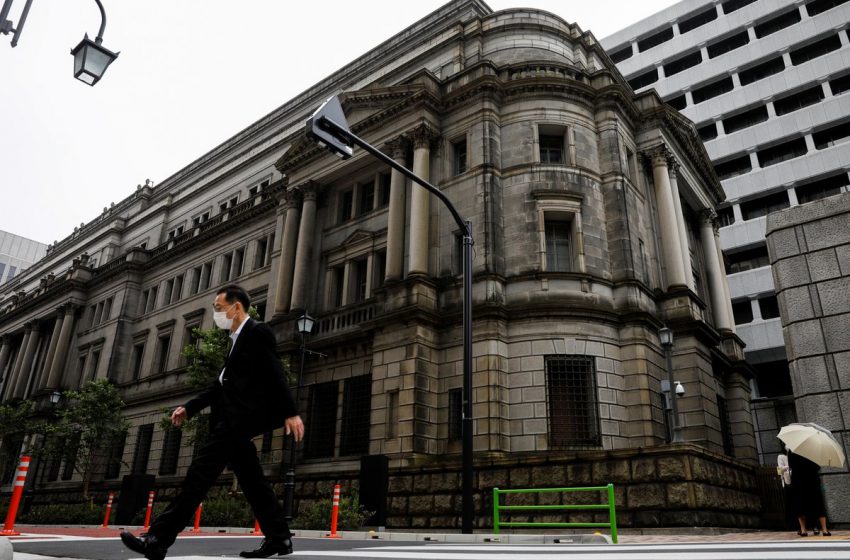 Years of ultra-low rates have squeezed profits of regional lenders and stoked fears of a banking crisis, forcing the BOJ to launch in March a programme that pays 0.1% interest on deposits parked by regional banks that consolidate or cut costs.

That prompted smaller banks to aggressively tap funds from the money market to shift into BOJ accounts, pushing up the benchmark rate close to 0% in defiance of the central bank’s policy to guide short-term rates around -0.1%.

In an unprecedented move, the BOJ decided on Tuesday to tweak rules of the reward scheme just eight months after its introduction.

While the response partly addresses immediate concerns over rising rates, it also shows how the BOJ’s complicated policy framework has become an unwieldy balancing act.

“As a result, the core of the BOJ’s monetary policy seems to be wavering. The central bank must decide what it’s going to prioritise.”

The average overnight call rate – Japan’s key money market rate – crept up to hit -0.006% on Sept. 9, the closest it has been to positive territory since 2016.

It came close again last month, when it hit -0.008%. The outstanding balance regional banks borrowed from the uncollateralised call market exceeded 11 trillion yen ($97 billion) as of end-October, nearly double the level in January.

While the immediate impact on the economy is small, a rise above 0% would cast doubt on the BOJ’s control over rates and the credibility of its yield curve control (YCC) policy.

“If the overnight call rate turns positive, it would be a denial of the BOJ’s policy,” said a fund manager at a regional bank, who spoke on condition of anonymity.

Some BOJ policymakers have voiced concern.

“We need to watch carefully whether there is no disruption in market operations,” one board member told a policy meeting in September, according to a minutes of the discussion.

While the BOJ took steps in March to make YCC sustainable, the recent unintended rise in short-term rates also raises questions over whether the policy can endure as other central banks ponder rate hikes.

“It would be far easier if the BOJ abandoned negative rates. But it can’t as doing so could trigger an unwanted yen rise.”

But there is uncertainty on how long the calm will last.

“No bank would dare challenge the BOJ” by tapping funds at positive rates, even though doing so makes economic sense, another regional bank fund manager said. “But if the call rate does turn positive for some reason, that could change.”