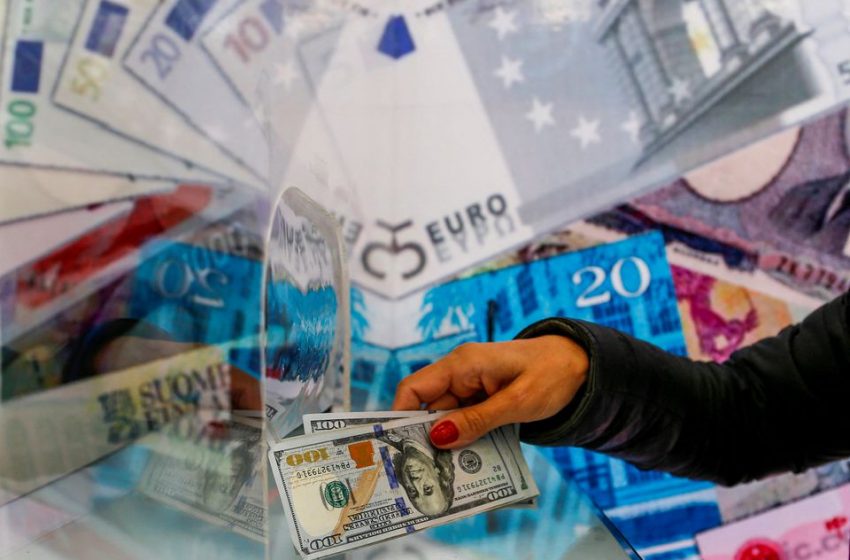 Global banks are taking steps to weather the wider impact of war and runaway inflation as the stream of central bank money that kept them afloat for more than a decade is switched off.

But if policymakers are hoping banks will help avert recession by turning on their own lending taps, they could be disappointed, bankers, analysts and investors told Reuters.

Banks are having to quickly get to grips with a sharp rise in the risk of doing business as corporate and retail borrowers juggle higher loan costs with soaring costs. read more

Meanwhile, Russia’s invasion of Ukraine has pushed Europe to the brink of recession and triggered losses for banks including France’s Societe Generale and Austria’s Raiffeisen.

French bank Credit Agricole and Italy’s UniCredit have also provisioned against war-related losses but the effects, while felt most strongly in Europe, are rippling around the globe.

“The war, and its impact on price inflation, is a game changer,” Carsten Brzeski, an economist at Dutch bank ING, said, adding: “Consumers will take years to recover their spending power, lost to inflation. And companies will be hit as well”.

What is troubling some investors is that cracks are already starting to show in bank balance sheets, with results showing the capital cushions of JP Morgan, Barclays, HSBC, Morgan Stanley, Bank of America, Credit Suisse and Citi all dwindled in the first three months of 2022.

A protracted end to a 40-year bull run in bonds has sparked painful losses for many banks, while others are also racking up problem debts after pandemic lockdowns which crippled global trade and shuttered thousands of businesses worldwide.

Some banks have scrapped plans to buy back cheaply-valued stock in view of their capital slippage, despite posting healthy investment banking profits helped by volatile financial markets.

“People thought the big banks were sitting on huge excess capital positions … that dynamic is now in shreds,” he said.

While rising interest rates should in theory be good news for banks, which can normally increase their margins and therefore their profits, the situation is not so clear-cut in 2022.

And in Europe, borrowing costs are moving in a similar direction. The European Central Bank could raise interest rates as soon as July, sources told Reuters, while the Bank of England hiked rates by 25 bps to 1% on Thursday and warned that Britain risked a double-whammy of recession and inflation above 10%. read more

Rising rates may help some lenders cash in on hedges taken to offset bond market falls but they are also forcing banks to tighten their affordability checks, with many customers set to struggle with repayments on loans, credit cards and mortgages.

JPMorgan is seen as a bellwether for the U.S. economy and its results bode ill for banks worldwide.

“The recessions of the 1980s and 1990s followed a similar pick up in inflation to that being experienced today,” said Keith Wade, Chief Economist and Strategist at Schroders.

The International Monetary Fund is predicting the euro zone will grow by just 2.8% this year compared to 5.3 % in 2021, with growth further expected to moderate to 2.3% in 2023.

The EU on Wednesday proposed its toughest sanctions yet against Russia, including a phased oil embargo that may spell fresh troubles both for borrowers and banks. read more

The bloc’s foreign policy chief Josep Borrell said this week that EU countries are “almost there” in agreeing a proposed new package of sanctions against Russia. read more

Consultancy EY this week forecast 3.4% of European loans would go unpaid this year, rising again in 2023. That is far higher than the 2.4% recorded last year, albeit below the levels of default seen in the aftermath of the eurozone debt crisis.

EY also predicted that lending growth would slow in general.

Ken Orchard, a fund manager at T. Rowe Price said that while rising rates would ordinarily provide an opportunity to lend, now was “not a good time to add credit” against a backdrop of conflict in Ukraine and a poor outlook for Chinese growth.