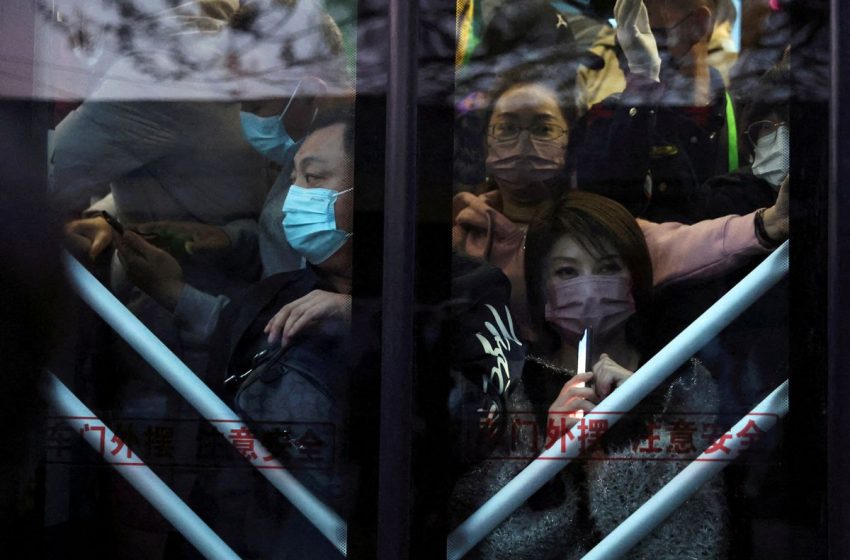 China’s policymakers are struggling to find ways to ward off an economic slowdown that threatens job losses in a politically sensitive year, as COVID-19 lockdowns disrupt supply chains and jolt businesses.

Beijing is sticking with an economic growth target of around 5.5% this year and plans to create more than 11 million new urban jobs, policy insiders say.

However, analysts say that goal will become harder to achieve unless China eases its zero-COVID policy, which it has shown few signs of doing.

Stability is vital for 2022, with a twice-a-decade meeting of the ruling Communist Party in the autumn expected to cement President Xi Jinping’s leadership for a precedent-breaking third term.

“We need to step up policy support for the economy to offset the impact from the COVID, but the effectiveness of macro policies has been diluted by the COVID control policy as supply chains are broken,” Xu Hongcai, deputy director of the economic policy commission at the state-backed China Association of Policy Science, told Reuters.

China’s success in containing domestic coronavirus cases over the past two years has been marred by its worst outbreaks since the pandemic began. The new infections have thrown major cities into strict lockdowns and raised questions about the sustainability of its strict zero-COVID policies.

The Politburo, a top decision-making body of the ruling Communist Party, is widely expected to hold a meeting this week and investors are looking for clues on policy.

Worries about capital outflows and inflation could limit the scope for monetary support, with aggressive policy tightening by the Federal Reserve seen luring funds back to higher yielding U.S. assets.

In 2008 and 2009, China relied on 4 trillion yuan ($605.82 billion) in spending to shield the economy from the global financial crisis, creating a mountain of debt.

With returns on traditional projects like highways, railways and airports now much lower, China has been trying to expand new infrastructure focused on 5G, artificial intelligence and data.

Beyond such stimulus, Beijing has pledged to dole out more tax and fee cuts.

China has set an annual budget deficit target at around 2.8% of GDP for 2022, along with an annual quota of 3.65 trillion yuan for local special bonds to fund infrastructure investment.

Zhang Ming, senior economist at the Chinese Academy of Social Sciences, a top government think-tank, said in a report on Monday that the government should raise its deficit target to 3.0-3.2% of GDP and issue large-scale special treasury bonds to fund key projects and aid small firms.

Such a move would require parliamentary approval and may only happen if the outlook darkens drastically, policy insiders said.

Pressure to support jobs is mounting, with the official jobless rate rising to 5.8% in March, a near two-year high.

“We cannot rule out the possibility that the government will ramp up financial and fiscal measures if the COVID situation worsens and the economic pressure intensifies,” said a government adviser who spoke on condition of anonymity.

Wang Yiming, an adviser to the central bank, told a forum this week the government should ramp up policy support to ensure growth returns to more than 5% in the second quarter.

Ting Lu, chief China economist at Nomura, has cut his second-quarter growth forecast to 1.8% from 3.4%, versus the first quarter’s 4.8%, citing more lockdowns, severe logistics disruptions, and no signs of change in COVID policy. His full-year growth forecast has been downgraded to 3.9% from 4.3%.

Authorities in Beijing and elsewhere are now opting for fast and targeted lockdowns and rapid detection of infections, desperate to avoid the kind of city-wide shutdown Shanghai has struggled with for a month.

Such protracted restrictions across the country would worsen existing production bottlenecks and sour investor and consumer confidence.

“This supply shock may further weaken demand for homes, durable goods and capital goods due to falling income and rising uncertainty,” Lu said in a client note.

Nomura’s Lu expects the central bank to cut the RRR by another 25 basis points before mid-2022 and 10 basis point cuts on major policy rates, before easing financing curbs for local governments and the property sector.

“These policies may provide some help, but the real growth bottlenecks remain,” he said.