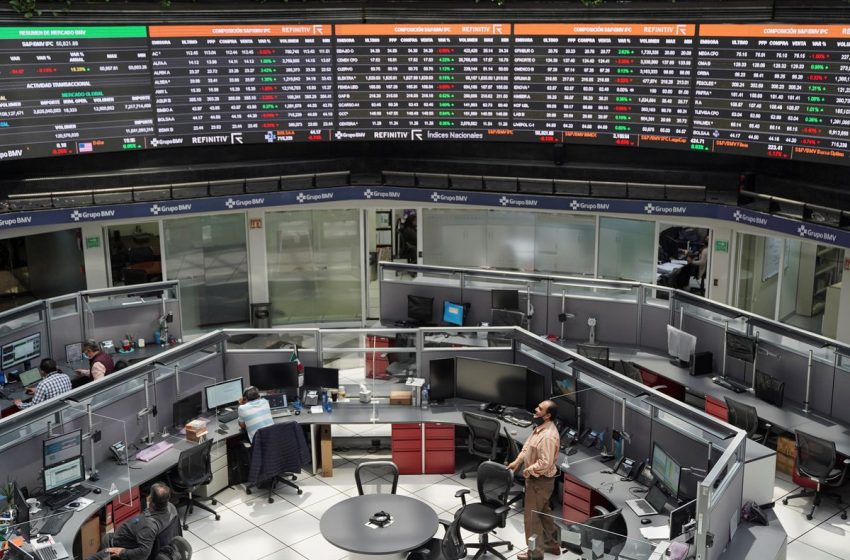 A rate hike cycle that started last year and low valuations had already made Latin America a darling destination for investors in 2022, and the Russian invasion of Ukraine is likely to keep cash flowing to the commodity-exposed region.

The risks are country-specific, and mostly coming from electoral exposure or a further spike in inflation, analysts said.

Latin American stock markets measured in dollars are outperforming larger economies by close to 25 percentage points this year, with MSCI’s Latam index (.MILA00000PUS) up 11% YTD while the developed world index (.MIWD00000PUS) is down close to 13%.

So far this year, foreign flows to Latam stock and bond portfolios totaled about $18 billion through February, while the rest of EM pulled in a net $7.5 billion.

The Ukrainian invasion, dubbed a “special operation” by Moscow, has heightened risk aversion across emerging Europe but could add to the ongoing outperformance from Latin America.

“Amid all the current volatility, Latin America may have some opportunities. Some markets may be positively impacted by higher commodity prices, and also by a higher volume of investment flows by Emerging Market portfolio managers,” said Alfonso Eyzaguirre, CEO of JPMorgan Chase Latin America and Canada.

He added that investment restrictions in Russia, Ukraine and neighboring countries can increase Latin America’s weight in emerging market portfolios.

U.S. President Joe Biden on Tuesday announced a ban on Russian oil and other energy imports and a barrel of oil hit this week its highest price since mid 2008. read more

Regional currencies have also performed better this year. The four best-performing across emerging markets against the dollar are from Brazil, Colombia, Peru and Chile. Alongside spikes in the price of oil and food, the currency moves have added to the regional tailwind.

“The main impact on Latin America is coming via commodity price moves – this seems to have supported currencies like the Brazilian real and Colombian peso. Insofar as there are clearer beneficiaries from these commodity price moves, it’s the oil exporters like Colombia.” said William Jackson, chief emerging markets economist at Capital Economics.

“But there will be a cost across the region from higher commodity prices – it’s likely to lift inflation, and central banks are likely to hike interest rates more aggressively.”

The rate hike cycle that started in Latam ahead of a hawkish turn from the Federal Reserve has also boosted bond performance in relative terms.

Even as sovereign and quasi-sovereign spreads have widened across EM, emerging markets in Latin America (.JPMEGDLATR) have seen a 72 basis point widening this year, while Asia (.JPMEGDASIR) is wider at 92 bps, Africa (.JPMEGDAFRR) at 161 bps and Europe (.JPMEGDEURR) at 778.

“My overall view that if you’re a long-term fundamental bull it probably has to be Chile,” said Boris Schlossberg, managing director of FX at BK Asset Management.

“If you’re looking for a short-term bounce, or a really strong reversal, it’s Brazil. And Argentina has a long-shot trade here on the commodity boom – it’s so hated by everybody, and is basically so oversold, that there’s little risk of downside at this point.”

He said Brazilian stocks, already up 7% in local terms YTD (.BVSP) and near 20% in dollars (.MIBR00000PUS), “are going to be probably the most sensitive to the upside.”

But political uncertainty, as well as overall risk aversion, could get in the way of the region’s outperformance.

Colombia’s congressional election this weekend will give a clearer picture of the odds on the May presidential race, which so far points to a sharp move towards the left.

Similar expectations exist for Brazil’s election in October, while Chile is set to ratify the re-writing of the constitution made by a majority center- and left-leaning convention.

“Latam remains a difficult region to allocate to structurally given several idiosyncratic risk events such as upcoming elections in Colombia and Brazil, domestic political tension in Peru and a re-drafting of the constitution in Chile,” said Morgan Stanley analysts in a client note on Monday.

“In Mexico, the currency and local rates are likely to be negatively impacted by a more hawkish Fed and higher inflation pressures.”