Analysis: Stock selloff is far from forcing the Fed to blink 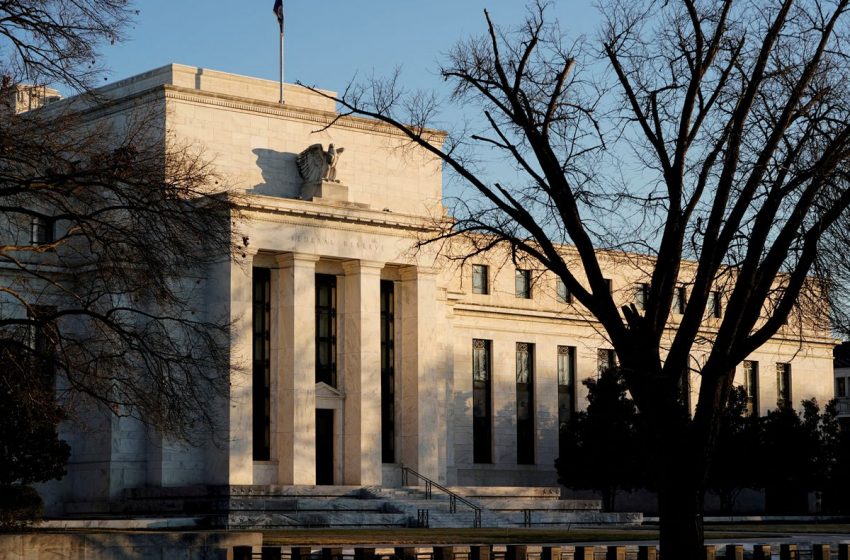 Those clinging to a decade-old belief that the Fed will mount a rescue of tanking stock markets with a last-minute pushback on the timing of interest rate hikes may be left disappointed.

Equities have nosedived and government bond yields have risen in the runup to Wednesday afternoon’s Federal Reserve policy decision, which is widely expected to signal an interest rate liftoff in March and the timing of stimulus cutbacks.

While the rout has since eased, it raised the question: how much pain must stock markets endure before the Fed backstop – or “put” – comes into play? And has that estimate changed?

Named for the hedging derivative used to protect against market falls, the “put” was deployed during previous selloffs, most recently in early 2019 when a market tantrum persuaded the Fed to call time on its rate hiking cycle.

Now after years of easy-money polices, stakes are high. A trillion dollars flooded into global stocks last year, surpassing the combined total of the past 19 years, and U.S. stocks have doubled in value since March 2020.

Based on history, Julian Emanuel at Evercore ISI Research reckons the S&P 500 would need to fall by 23.8% from its recent high for the central bank to act. Janus Henderson Investors estimates the put kicks in when declines surpass 15%.

But this time, the need to stamp out inflation running at 40-year highs around 7% may change the equation.

“The Fed will typically only let the risk markets to sell off so much before they feel the need to slow it down a little bit. But now we have to ask, will they allow it go down 20%? Twenty-five percent?” said Jason England, global bonds portfolio manager at Janus Henderson.

Holding off tightening also raises risks the Fed might have to hike more should inflation get out of control. And it would go against policymakers’ view that the economy has recovered faster than anticipated.

“The Fed … because of the current inflation backdrop is not going to be able to blink. That’s an issue markets are going to have to deal with,” Morgan Stanley strategist Graham Secker said.

Equity selloffs matter to policymakers because they can tighten financial conditions, in turn impacting the spending, saving and investment plans of businesses and households.

Though the Fed’s dual mandates of maximum employment and stable prices do not take into account market swings, research showed the central bank is sensitive to equity weakness, with policymakers’ negative stock market mentions associated with cuts in the fed funds rate.

Indexes compiled by Goldman Sachs and the Fed imply conditions are indeed tightening, but from historically loose levels.

Metrics that feed in to these indexes do not show much stress. While sovereign bond yields have risen – U.S. two and 10-year yields are at pre-pandemic levels – moves are less stark once inflation is stripped out.

“If you want to be bearish you could say the selloff has not done very much to tighten financial conditions,” Morgan Stanley’s Secker said.

There is, however, another view. Whereas once policymakers ignored share prices and focused on corporate borrowing costs, some investors today believe that “markets drive economies,” making it much harder for policymakers to stomach significant stock selloffs.

Oil prices have risen, central banks have slowed the rate of money growth injected into economies and on a quarterly basis money supply is shrinking, Howell noted.

“A 10% drop in the markets would be OK, much more than that they may find it very difficult,” he said.

But, he said, the Fed will proceed with hikes “until something breaks,” adding, “it’s far too soon in the process for the Fed to be dissuaded by equity investor anxiety.” Reporting by David Randall in New York and Tommy Wilkes in London Additional reporting by Dhara Ranasinghe and Saikat Chatterjee in London Edited by Sujata Rao and Matthew Lewis