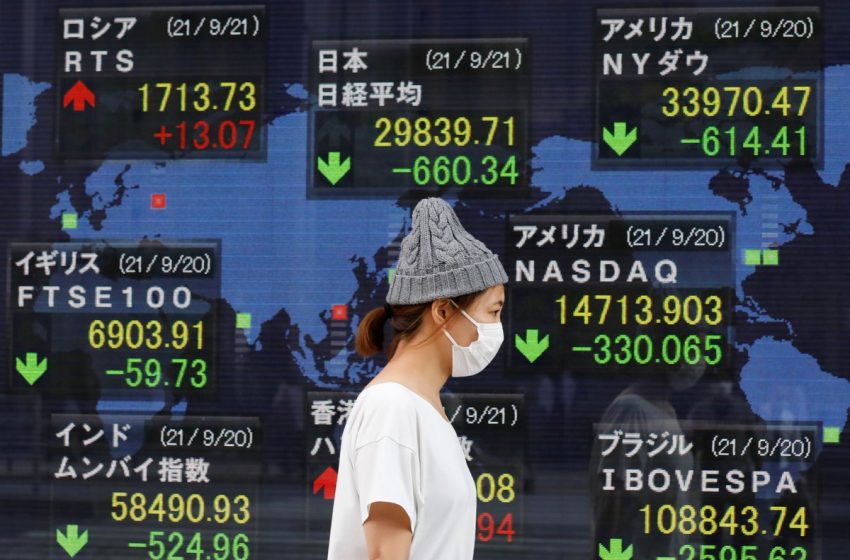 Biden and Xi Jinping opened their closely-watched talks warmly, with both leaders stressing their responsibility to the rest of the world to avoid conflict. read more

“Investors will be keeping a close eye on the first Biden-Xi summit to see if the exchange will lead to any amelioration in an already fraught relationship,” said David Chao global market strategist for Asia Pacific (ex-Japan) at Invesco. “Though no breakthroughs are expected, it’s still a positive first step forward.”

Chao added that markets in Asia this week are also responding to China’s better than expected economic data, released Monday, and the situation in the mainland property market.

“So far we haven’t seen a loss of confidence in certain developers and the government has come out more forcefully to ensure that homeowners are protected,” he said.

An index of Hong Kong listed mainland Chinese developers (.HSMPI) rose as much as 3%. However, shares of Kaisa Prosperity (2168.HK), a property services unit of embattled developer Kaisa Group (1638.HK), tumbled 14% after the bell as trading resumed a day after the company said its parent’s liquidity issues would not impact operations. L4N2S70BD

Benchmark U.S. Treasury yields rose nearly five basis points to a three-week high on Monday as companies rushed to sell debt before liquidity thins during holiday trade and ahead of a U.S. government sale of new 20-year bonds on Wednesday.

They inched lower on Tuesday and were last at 1.6094% though still up sharply since a one-month low of 1.42% hit one week ago.

Rising yields also helped the dollar, which stayed strong at a 16-month high against a basket of its peers .

European Central Bank President Christine Lagarde on Monday, pushed back on market bets for tighter monetary policy saying doing so now to rein in inflation could choke off the euro zone’s recovery.

Also helping the dollar is recent data showing a strong U.S. economy that also cast doubts on the Fed’s view that price pressures will be transitory, fuelling speculation that interest rates will be lifted sooner than previously thought.

Britain will publish its September labour market report later on Tuesday, which analysts at CBA said “could make or break the case for a rate hike this year”.

Later in the day, U.S. retail sales, trade prices and industrial production for October are also due, giving another hint about the health of the economy.

Gold was steady, spot gold was at $1,862 an ounce just off Monday’s five month high of $1870.Reporting by Alun John; Editing by Sam Holmes