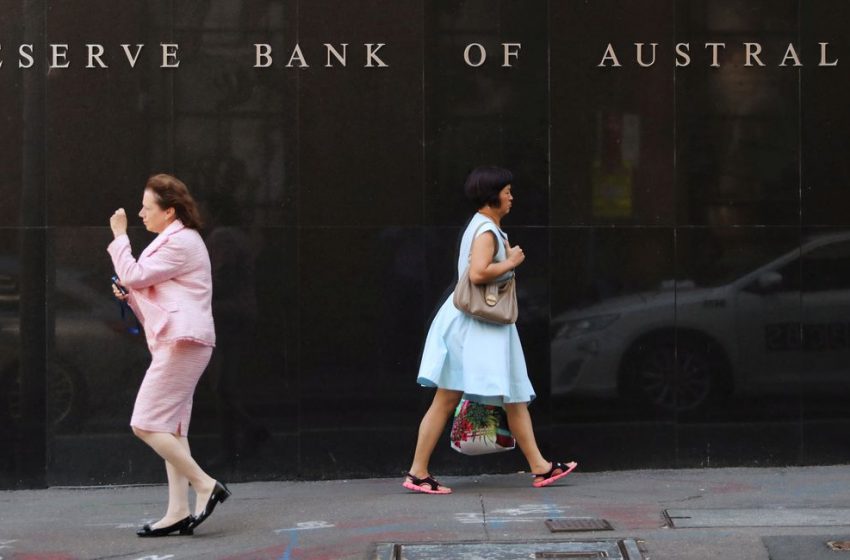 Australia’s central bank on Tuesday opened the door to the first interest rate increase in more than a decade as it dropped a previous pledge to be “patient” on policy, a major surprise that sent the local dollar to nine-month highs.

Wrapping up its April policy meeting, the Reserve Bank of Australia (RBA) kept its cash rate at 0.1% but noted inflation had picked up and was likely to rise further, while unemployment had fallen faster than expected to 4.0%.

“Over coming months, important additional evidence will be available to the Board on both inflation and the evolution of labour costs,” said RBA Governor Philip Lowe in a statement.

“The Board will assess this and other incoming information as its sets policy,” he added, omitting any reference made in previous statements to the Board being patient.

Markets took the change as a step toward an eventual tightening and sent the local dollar up 0.9% to a nine-month high.

Previously, Lowe had said that it was plausible a first hike would come later this year, while markets have long wagered on an earlier move given how inflation has taken off.

Data for consumer prices is due on April 27 and analysts suspect it could show core inflation jumped by 1.0% or more in the first quarter to take the annual pace to at least 3.2%.

That would be the first time core inflation topped the RBA’s 2-3% target band since early 2010 and make it harder to justify retaining rates at emergency lows.

“The retirement of the ‘patience’ mantra and is an acknowledgement that like the rest of the developed country complex, inflation in Australia has and will surprise with its magnitude and momentum,” said GSFM investment strategist Stephen Miller.

“The RBA wishes to avoid meeting an inflation target by causing a recession, or allowing high and potentially destabilising inflation to persist well into 2023.”

Markets have long been priced for a June rate rise to 0.25% , and imply no less than six more hikes to 1.75% by year end. Yields on three-year bonds rose 6 basis points on Tuesday to 2.46% , having already surged 87 basis points in March.

That aggressive outlook in part reflects expectations the U.S. Federal Reserve will hike by 50 basis points in both May and June, adding to pressure for other central banks to follow.

Any RBA rise would be a shock for local borrowers given they have not seen an official increase since 2010 and households are sitting on record levels of mortgage debt.