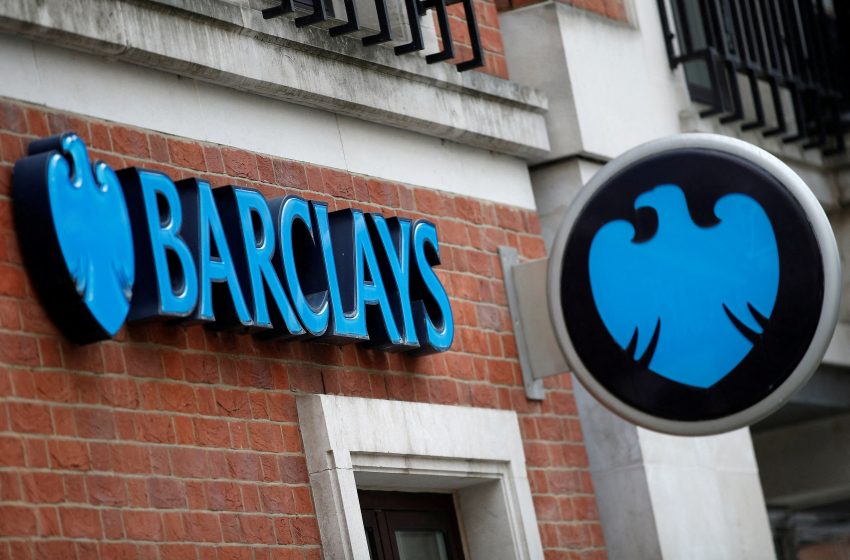 A branch of Barclays Bank is seen, in London, Britain, February 23, 2022. REUTERS/Peter Nicholls

Barclays (BARC.L) has put its $1.25 billion share buyback plan on hold until talks with U.S. regulators over a major trading blunder have been resolved, piling early pressure on the British bank’s new Chief Executive C.S. Venkatakrishnan.

Barclays disclosed on March 28 that it had exceeded a U.S. limit on sales of structured products, triggering a loss and a potential restatement of its 2021 accounts. read more

Venkatakrishnan, who is known inside the bank as Venkat, told reporters that Barclays had found no evidence to date of deliberate misconduct relating to the error and that the bank was working with all its regulators.

Barclays said on Thursday it planned to start the 1 billion pound ($1.25 billion) buyback “as soon as practicable” following resolution with the U.S. authorities.

Dealing with the fallout from the blunder poses an early test for Venkatakrishnan, who took over following the shock exit of Jes Staley in November and who previously ran both the investment bank and the bank’s risk operations.

Barclays posted more than 500 million pounds in litigation and conduct costs in the first quarter, including a 320 million pound provision at its investment bank for the trading mishap.

The bank said the estimated total provision for the error was 540 million pounds.

The breach marred an otherwise strong performance at Barclays, with trading at its investment bank lifted by market volatility.

The investment bank, which had faced criticism from activist shareholder Edward Bramson, gave cause for cheer, with income up 10% to 3.9 billion pounds.

The bank’s fixed income, currencies and commodities (FICC) unit posted an income rise of 37%, while global markets – which houses its equities business – was up 26%.

At the group level, Barclays posted pretax profits of 2.2 billion pounds, down from 2.4 billion a year earlier but ahead of market expectations.

The bank’s core capital ratio, a key indicator of financial strength, fell by 130 basis points to 13.8%, largely due to a 14.7 billion pound rise in risk-weighted assets to 328.8 billion.

While volatility had boosted its investment bank, Venkat said inflation was likely to hit its retail customers hard, although credit conditions remained benign.

“All of whom are facing far harder conditions this year as a result of inflation, supply chain issues and higher energy costs,” he said.