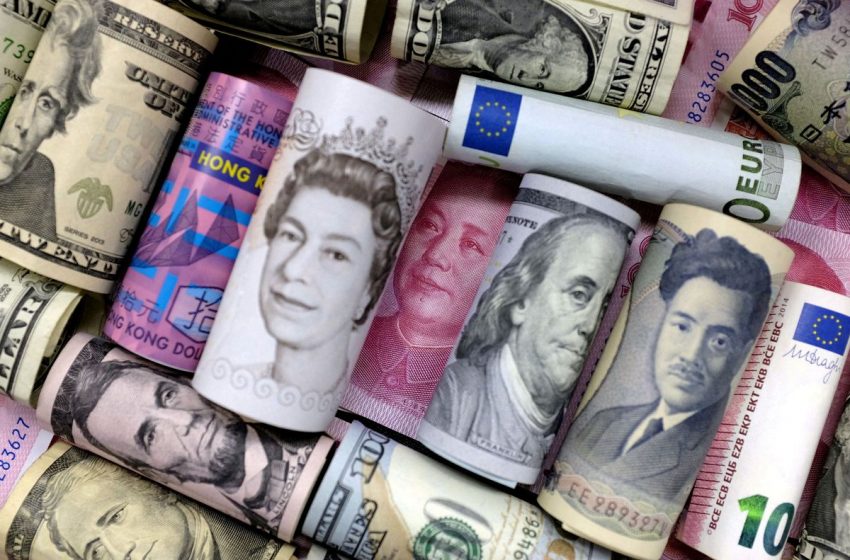 The weak-currency gang is growing in force.

The yen plunged to a new two-decade low versus the dollar on Thursday after the Bank of Japan doubled down on its super-low yield policy. The euro, down 5% already this month, is at five-year lows to the greenback, while China’s yuan has also slid 4.6% in April, falling another 0.8% on Thursday read more

Given the scale and speed of such currency moves, it’s worth watching out for what policymakers say or do, especially in the euro zone where inflation is running already at record highs.

All these currencies — and many across emerging markets — are being crushed under the wheels of a runaway dollar, which has powered to five-year highs against a basket of peers , lifted by expectations of big U.S. interest rate hikes.

But another driver, arguably, for the yuan and euro is the speed at which the global growth outlook is deteriorating. So the data-packed day ahead may offer clues on this subject.

An advance reading of first quarter U.S. economic growth is expected to show an annualized 1.1% growth, down sharply from 6.9% in the 2021 fourth quarter. read more

That would be the slowest since the recession triggered by the COVID-19 pandemic.

Preliminary inflation numbers out of Germany could show whether price pressures are starting to abate in Europe’s main powerhouse economy.

Expectations that the European Central Bank will hike interest rates sooner rather than later have provided no solace to the euro, battered by concerns that the currency bloc is headed for a sharp slowdown.