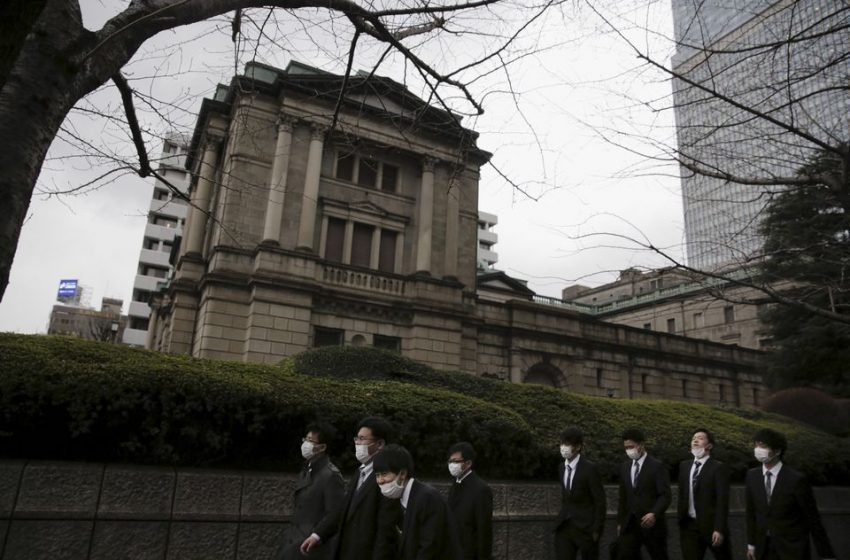 TOKYO, Jan 18 (Reuters) – The Bank of Japan raised its inflation forecasts on Tuesday but said it was in no rush to change its ultra-loose monetary policy, as rising prices fan speculation it may soon signal a shift in its decade-old stimulus experiment.

Governor Haruhiko Kuroda acknowledged that price pressures were rising, but said the central bank had no intention of raising interest rates with inflation projected to stay below its 2% goal for years.

“We are not debating an interest rate hike,” Kuroda told a news conference. “The median forecast of board members is for inflation to move around 1%. Under such conditions, we are absolutely not thinking about raising rates or modifying our easy monetary policy.”

As widely expected, the BOJ left unchanged a -0.1% target for short-term interest rates and a pledge to guide long-term rates around 0% at a two-day meeting that ended on Tuesday.

Japan has not been immune to the impact of global commodity inflation with wholesale prices rising at a record pace, prodding more firms to raise prices and already shifting public perceptions that deflation will persist.

“Risks to prices are generally balanced,” the BOJ said in the report. That compared with its assessment in October, which said risks were skewed to the downside.

Analysts expect the BOJ to be among the last of the world’s central banks to dial back stimulus as inflation remains low compared with many other economies.

Sources have told Reuters BOJ policymakers are debating how soon they can start telegraphing an eventual interest rate hike, though actual policy normalisation likely won’t happen for at least the rest of this year. read more

Kuroda said high commodity costs will be the main driver of inflation in the year beginning in April. Inflation in fiscal 2023, however, will be driven more by sustainable factors such as strong demand and rising inflation expectations, he said.

“Looking ahead, we can see inflation gradually accelerate toward 2%,” Kuroda said.

“For inflation to become sustainable, we need to see an increase in medium- to long-term inflation expectations,” he said, adding that wage growth must accompany price hikes for inflation to sustainably head for the BOJ’s target.

On Japan’s economy, the BOJ said its “recovery was becoming clearer” as the damage from the COVID-19 pandemic eased, a sign it was taking the recent spike in Omicron new coronavirus cases in stride. That was a more upbeat assessment than in October, when it said the economy was “picking up as a trend.”

Japan’s economy shrank in the third quarter of last year as supply constraints and curbs on activity to contain the pandemic hit factory output and consumption.

Analysts expect growth to have rebounded in October-December and the current quarter as output and consumption pick up, though a recent surge in Omicron infections clouds the outlook.

A spike in wholesale inflation and rising import costs from a weak yen have led to price hikes for a broad range of goods, adding to pain for households and retailers still reeling from the fallout of the pandemic.Reporting by Leika Kihara and Tetsushi Kajimoto; Additional reporting by Kantaro Komiya and Daniel Leussink; Editing by Jacqueline Wong