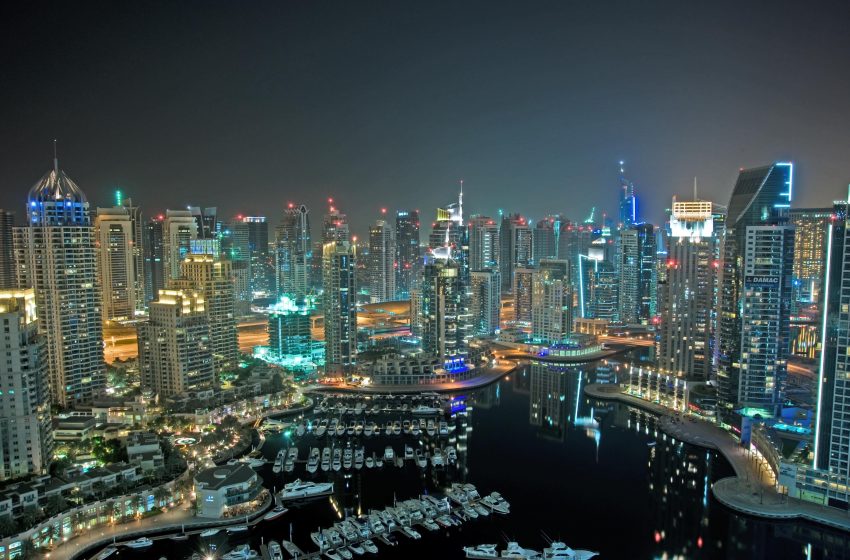 The ratings reflect the strength of the UAE’s consolidated fiscal and external positions and CI’s expectation that they will remain strong throughout the forecast period, as well as our view that the oil rich emirate of Abu Dhabi would be willing to support federal institutions in the unlikely event of financial distress.

The stable domestic political environment, the country’s high GDP per capita, and the government’s continued efforts to diversify the economy and improve the consolidated budget structure also support the ratings.

This is mainly attributable to the sharp increase in global hydrocarbon prices and the recovery in tourism revenues following the gradual lifting of COVID-related travel restrictions. Official foreign exchange assets increased significantly to $131.1 billion in December 2021, from $106.7 billion in 2020, and are expected to exceed $170 billion in 2022.

Foreign exchange reserves continue to fully cover short-term external debt on a remaining maturity basis. Although there is limited disclosure on the assets of sovereign wealth funds, it is estimated that the Abu Dhabi Investment Authority (ADIA), the largest of the UAE DWFs, has around $650 billion under its management.

This is two times the size of the country’s total external debt (as estimated by the IMF), and equivalent to around 129.7% of 2022 GDP. While the net creditor position of the country cannot be taken as a solvency risk indicator for individual emirates, CI expects that Abu Dhabi – being the wealthiest emirate – would provide financial assistance to the federal government, including the UAE central bank, in the event of need.

The public finances have continued to strengthen, largely fuelled by higher hydrocarbon revenues. The consolidated budget position (which is dominated by Abu Dhabi and Dubai) is very strong, with an expected budget surplus of 8.1% of GDP in 2022, compared to 0.3% in 2021.

Assuming an average oil price of $85 per barrel in 2023-24, the consolidated budget surplus is expected to average 6.4% of GDP. Reflecting very large primary surpluses, the consolidated government debt stock is forecast to decline to 31.7% of GDP in 2022, compared to 38.3% in 2021.

At present, the consolidated government refinancing risks are deemed low in view of the budget surpluses. Access to international markets remains strong, with Abu Dhabi tapping the markets twice in 2020 and 2021, issuing a total of $17 billion of euro bonds at favourable terms and with long maturities.

Moreover, the UAE federal government has recently raised $3 billion from the capital markets through its second euro bond issue, attracting over $15 billion in orders. Nonetheless, tighter local and international monetary policies could trigger an increase in refinancing costs.

In this context, Dubai’s government related entities (GREs) would be the most exposed to refinancing risks given their relatively higher debt stock and sizeable debt repayment schedule in the coming years.

Economic performance is expected to remain upbeat in the short to medium term, fuelled by a recovery in both the hydrocarbon and non-hydrocarbon sectors. Real GDP is expected to increase by 4.1% in 2022, compared to 2.3% in 2021.

Notwithstanding the favourable growth outlook, risks could stem from uncertainties related to the spill overs of the war in Ukraine and the evolution of the pandemic on global demand for hydrocarbons.

CI Ratings also noted that the implementation of reforms based on UAE Strategy for the Future is a positive step that will ensure healthy growth in the medium to long term. These reforms aim to strengthen the private sector, diversify the economy and reduce labour market segmentation.

The UAE’s sovereign ratings are mainly constrained by the relative dependence on hydrocarbon revenues, budget rigidities and high geopolitical risk factors. Oil and gas still account for around 40% of consolidated government revenues and for over 30% of GDP. Both the federal and consolidated budget structures are weakened by high expenditure rigidities.

The quality of economic data is relatively weak. Fiscal accounts are not comprehensive but fiscal data disclosure at the consolidated level has started to improve; accounts are now compiled more in line with international standards. However, information on government external financial assets is not disclosed, hindering assessments of balance sheet strength and flexibility.

The Stable Outlook indicates that the ratings are likely to remain unchanged over the next 12 months. The outlook balances the UAE’s strong net external asset position against the increasing financing risks of Dubai’s GREs and high geopolitical risk factors.

The ratings could be lowered if geopolitical tensions escalate to a level that disrupts hydrocarbon flow in the region and/or global oil prices witness an unexpected sharp and prolonged decline that would translate into significantly weaker public and external finances and higher refinancing risks, CI Ratings added.