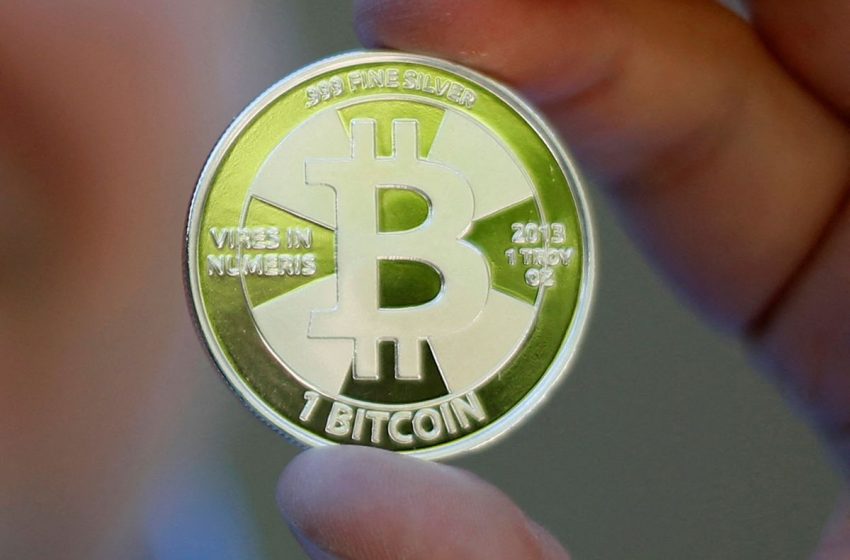 Some of Bitcoin enthusiast Mike Caldwell’s coins in this photo illustration at his office in Sandy, Utah, September 17, 2013. REUTERS/Jim Urquhart/File Photo

Jan 5 (Reuters) – The final week of 2021 saw a third straight week of investment outflows from cryptocurrency funds, even as it capped a year of strong inflows into digital asset investment products, data from digital currency manager CoinShares showed.

Outflows from the sector totaled $32 million last week, taking the tally for the last three weeks to $260 million, although the trend was diminishing following record weekly outflows in mid-December, CoinShares said.

Total assets under management ended the year at $62.5 billion in 2021 versus just $2.8 billion at the end of 2019, which “represents a maturing industry,” said James Butterfill, investment strategist at CoinShares.

Ethereum’s inflows doubled to $1.3 billion in 2021 from $920 million in 2020. Bitcoin, by contrast, saw a 16% increase to $6.3 billion, the lowest growth in inflows relative to other digital asset investment products, according to CoinShares.

Blockchain data provider Glassnode, in its latest research report, said across many on-chain measures, “there is a general lack of activity” in bitcoin despite a modestly bullish undertone in supply dynamics.

It added that bitcoins continue to migrate to increasingly illiquid and dormant wallets, while investor profitability and cyclical metrics paint a more bearish picture.

“With a balance of both bull and bear signals at hand, our expectations into the start of 2022 are likely continued sideways consolidation,” Glassnode said.

CoinShares noted the total number of coins in investment product form expanded from nine to 15 in 2021, while 37 investment products were launched versus 24 in 2020, indicative of the demand and popularity of digital assets.

Assets under management at Grayscale and Coinshares, the two largest digital asset managers was $43.23 billion and $4.2 billion, respectively.Reporting by Medha Singh in Bengaluru; additional reporting by Gertrude Chavrez in New York; editing by Barbara Lewis