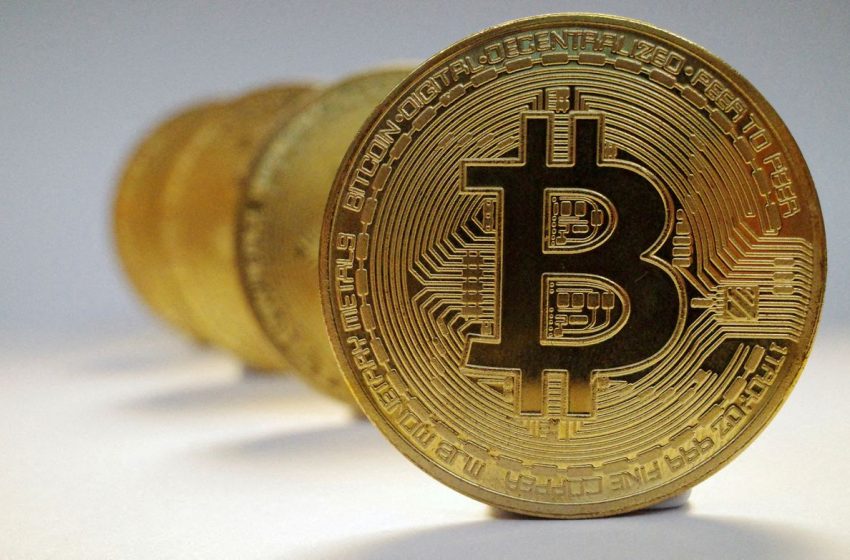 A representation of the virtual cryptocurrency Bitcoin is seen in this picture illustration taken October 19, 2021. REUTERS/Edgar Su

Bristling tensions and looming laws in Europe could offer clues to two questions: Can bitcoin be a safe-haven asset? And can Russia emerge as a crypto superpower?

The answer to the first, for now at least, is no; while fortress gold has risen 2.3% over the past week, as Western warnings about Russian aggression have intensified, bitcoin has lost 3%. That was worse than the 0.9% decline of the Nasdaq Composite (.IXIC) index.

“I don’t see any evidence of bitcoin being a safe haven,” said Chris Weston, head of research at Melbourne-based brokerage Pepperstone. “The Ukraine situation with Russia is a really hard one to price, so in that situation, you just buy crude futures.”

Yet it’s too early to dismiss the argument made by many bitcoin advocates who say the cryptocurrency, just into its teens, is destined to be a form of digital gold that should retain its value when riskier assets such as stocks tumble.

Some investors also point to how relatively calm trading has been, at a time of high geopolitical tension, with Russia having massed more than 100,000 troops near Ukraine, though rejecting Western prophecies of invasion as “hysteria”.

Bitcoin’s average 30-day volatility has fallen to 3.48%, versus its 2021 average of 4.56%, according to BuyBitcoinWorldwide’s volatility index.

Data platform Coinglass’ bitcoin Fear & Greed index, which measures market sentiment – 0 indicates extreme fear and 100 is extreme greed – stands at 46, above the nervy 11-33 range where it had been trading since late November.

Matthew Dibb, chief operating officer of Singapore-based crypto platform Stack Funds, said he was bullish on crypto in the longer term as an alternative asset and a hedge to world events – “But not quite yet.”

“We are beginning to see some discorrelation between bitcoin and the equities market, which is very nice,” he added. “But while we’re seeing some traditional safe havens pop off with the Ukraine and Russia situation, we haven’t really seen that in crypto.”

Meanwhile: A new law for crypto assets expected to be announced in Russia this week could potentially shape the global scene.

Russia’s importance for cryptocurrencies has been growing over the past year after a ban on bitcoin mining in China, previously the world’s dominant centre for the activity, sent miners scrambling for alternatives. read more

Russia had become the third-largest centre for bitcoin mining in the world as of last August, according to data from Britain’s Cambridge Centre for Alternative Finance.

The United States accounts for the largest share of mining, about 42.7% of the global “hashrate” – the computing power being used by computers connected to the bitcoin network – followed by Kazakhstan and Russia with 18.1% and 11.2% respectively.

Some industry watchers believe Russia might have since overtaken Kazakhstan, where miners have contended with government internet shutdowns during unrest this year. read more

It remains unclear, though, what the Russian regulations will hold.

Last week authorities said they were working on rules that would allow cryptocurrency purchases to take place, but only through locally registered and licensed companies. Industry players saw this as a positive development after the central bank had proposed banning the use and mining of cryptocurrencies in January.

Russian Deputy Finance Minister Alexei Moiseev said on Monday that ensuring that money flows and crypto transactions could be traced was crucial, including being able to identify users. If included in the draft law, that may diminish one of cryptocurrencies’ major selling points – their anonymity.

Moiseev also told reporters that banks and exchanges, required to comply with anti-money laundering laws, would be the only legal entry point for crypto into the Russian market.Additional reporting by Lisa Mattackal and Medha Singh in Bengaluru, and Elena Fabrichnaya in Moscow Editing by Vidya Ranganathan and Pravin Char