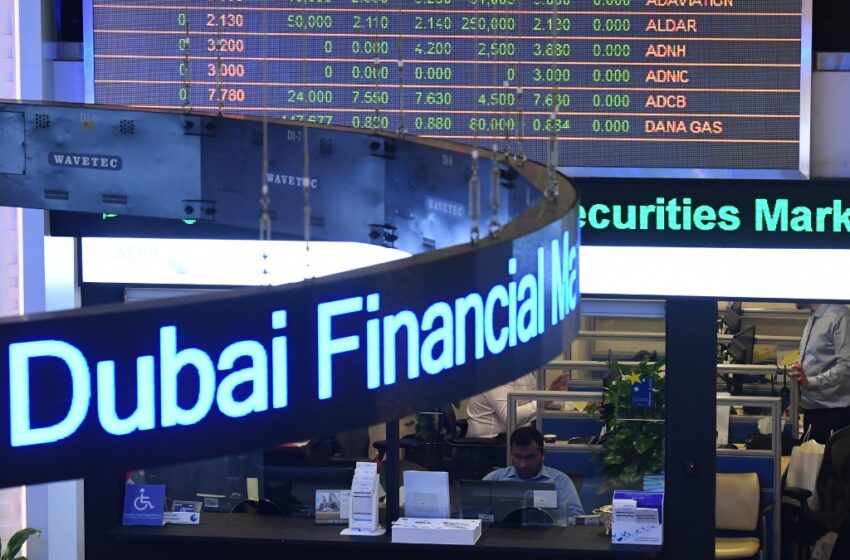 A photo taken on January 6, 2020 shows the Dubai Financial Market in the Gulf emirate as Gulf bourses were hit by a panicky sell-off amid Iranian vows of retaliation over the US killing of a top general. – All seven bourses in the Gulf Cooperation Council (GCC) states closed in the red, on the first trading day since the death of powerful military commander Qasem Soleimani. (Photo by Karim SAHIB / AFP)

The Dubai Financial Market (DFM) on Friday announced its consolidated financial results for the first half of the year ended 30 June 2022, posting a 63% increase in its net profit to $17.26 million compared with $10.58 million during the corresponding period of 2021.

In his comments, DFM Chairman Helal Al Marri said that the DFM has witnessed a positive performance driven by the increasing interest from various market participants and the deep confidence in its prospects in light of the accelerating steps to implement Dubai’s financial markets development strategy. During the first half of 2022, the DFM welcomed the listing of (DEWA), the largest initial public offering in the UAE financial markets’ history.

“Additionally, our product diversification strategy gained further momentum by launching trading of Oman Crude Oil Futures as well as new equity futures contracts. The first half also witnessed the accomplishment of key initiatives to develop the regulatory framework through the introduction of the listing and trading rules of cooperatives and special purpose acquisition companies (SPAC), which strengthens DFM ability to attract more listings and diversify investment opportunities,” he noted.

The DFM maintained its attractiveness to international investors, who accounted for 47% of its trading value during the first half with net purchases of $710 million and their ownership reached to 19.8% of the total market capitalisation by the end of June 2022.

DFM has attracted 70,432 new investors during the first half of this year compared to 1,842 investors, up 38 times compared to its level at the end of the corresponding period of last year, bringing total number of investors to 921,550 from 212 countries by June-end.