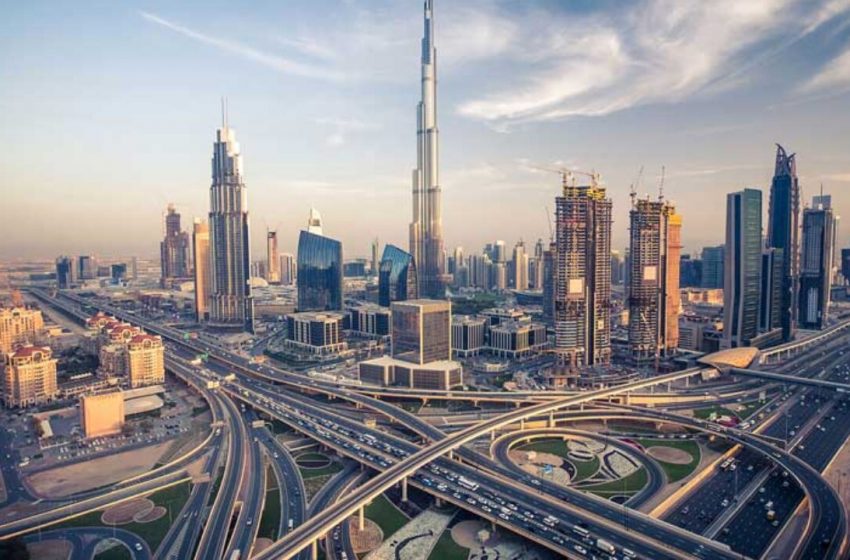 The second quarter of 2021 saw the emirate’s GDP at constant prices registering 17.8% growth, while the third quarter witnessed 6.3% growth from the corresponding period in 2020, according to Dubai Statistics Center (DSC).

In the first nine months of 2021, Dubai’s GDP at constant prices achieved a growth rate of 6.3% compared to the same period in 2020. The growth figures, which compare favorably with major global economies, reflects Dubai’s resilience, its success in curbing the COVID-19 pandemic, strategic policy measures, business support initiatives and growing investor confidence in the emirate, which has been strengthened by the successful hosting of Expo 2020.

The DSC report said the economic growth achieved in the first nine months of 2021 demonstrated the success of government policies and measures aimed at mitigating the economic repercussions of the global pandemic. The government introduced a diverse array of programmes that enhanced the business sector’s ability to adapt to the pandemic’s impact on the international economy.

Data on the Q3 of 2021 showed that Dubai’s growth compared favourably with some of the world’s major countries in the same period.

The growth reflects Dubai’s leading role in enhancing the openness of global trade and its ability to benefit from international economic development.

One of the key factors behind the emirate’s GDP growth was a 7.6% growth in trading activities compared to the same period in 2020. The trading sector, which represented 25.4% of the emirate’s economy, pushed total economic growth rate by 1.9 percentage points and accounted for 30% of the total growth achieved. The performance of the sector reflects the strategic importance of trade in Dubai’s economy and the emirate’s supportive policies and high-quality trade-enabling services.

The UAE will be a significant driver of global trade development, with exports expected to increase at a more than 6% annual rate to $299 billion by 2030 as the government works to diversify its economy away from oil.

Metals and minerals, gold, equipment, and electricals will dominate the country’s exports over the next decade, with India and mainland China serving as the primary export destinations, according to a research released on Monday by Standard Chartered.

“As part of its ambitious diversification efforts away from hydrocarbons, the UAE is successfully trying to solidify its position as a vital trade gateway,” said Syed Zaeem, managing director and head of trade and transaction banking, Africa & Middle East at Standard Chartered.

“India and mainland China will remain among the UAE’s most important export lanes, contributing for 18% and 9.5% of overall exports in 2030, respectively.”

The strong uptick in Real Estate sales in Dubai was another key sign of accelerated economic growth and increasing investor interest. The Real Estate sector achieved a growth in ‘value added’ of 23.3% in the first nine months of 2021, contributing 9.2% of GDP and an added value of $.7.42 billion, driving the emirate’s overall economic growth by 1.8 percentage points and accounting for 29% of  overall growth.

Data issued by the Land Department revealed that real estate sales witnessed an unprecedented growth in the first nine months of 2021, a period in which rents declined by 9%.

Another major factor that contributed to the real estate rebound was the government’s constructive economic policies and initiatives launched to enhance investment and encourage investors to reside and work in Dubai.

DSC data revealed that manufacturing activity achieved a growth of 3.7% in the first nine months of 2021, compared to the same period in 2020. The sector contributed to raising the emirate’s overall economic growth by 0.4 percentage points with a ‘value added’ of $7.84 billion. The sector also accounted for 9.7% of the emirate’s entire economy and 5.9% of the entire growth achieved in the first nine months of 2021.

The UAE, the Arab world’s second largest economy, launched a number of efforts last year to assist its economy and increase its worldwide competitiveness. This comprises a $105.61 billion stimulus package to counteract the economic impact of the coronavirus epidemic, as well as a new industrial plan to boost the contribution of the industrial sector from $36.20 billion to $81.66 billion over the following ten years.

Financial and Insurance activities, which contributed 10.8% of Dubai’s total GDP, achieved a growth of 4.4% in the first nine months of 2021. This was driven by the robust growth of the banking sector. The decline in interest rates of loans by 16% and deposits by 33% contributed to the growth of the sector. The continued positive performance of the financial sector provided a key stimulus for the growth of other economic sectors.