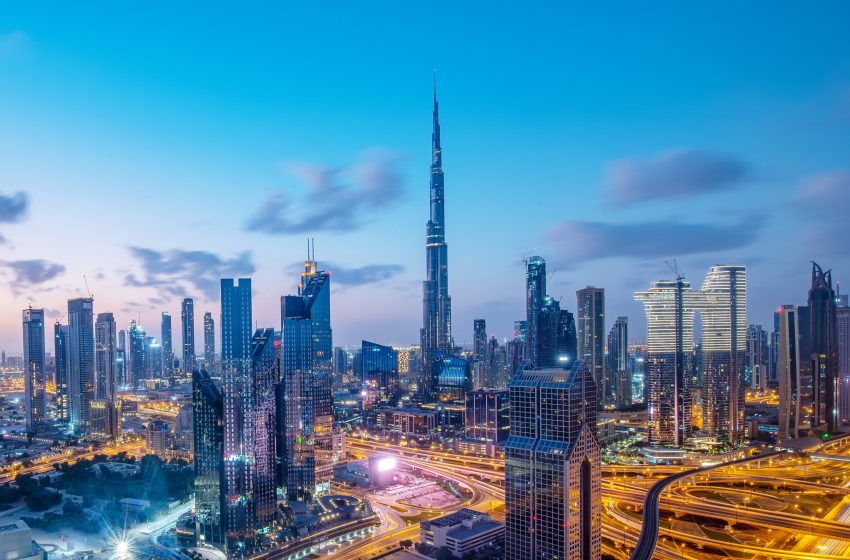 Sectors such as banking, telecom, cement, insurance and fertilisers gained the most on ADX whereas five out of nine sectoral indices including banking, real estate and transportation performed well during the month.

Initiatives such as full foreign ownership, modernizing the visa administration and the rearrangement of the working week with global markets were some of the new measures taken by the Emirates government to attract business.

On the economic front, the UAE Central Bank announced in its latest forecast for the UAE at 4.2% in 2022 witnessing a faster growth from the 2.1% in 2021, according to Kuwait-based Kamco Invest.

The Central Bank expects oil GDP to drive growth of the economy expanding 5% during the year as a result of expected higher oil demand.  Further, the Central Bank forecasts non-oil GDP to grow 3.9% during 2022 driven mainly by increase in government public spending and good business sentiments attributed to the World Expo event, Kamco Invest said in its GCC monthly markets report.

On the other hand, Dubai Chamber said Expo 2020 Dubai and the adjustment to the Monday-Friday work week is expected to improve the prospects of UAE trade and business with the rest of the world in the short to medium term.

Economic sectors that are expected to add momentum to the UAE’s economic recovery over the period 2022-2025, include transport and telecommunication, trade, hospitality and real estate and business services.

Other factors that will support this growth trend are; a strong recovery in public and private investment and strong export activity due to the rebound in the global trade given expected softening in the bottlenecks of the global supply chains, successful vaccination drive, a recovery in oil prices, accommodative monetary policy and improvement in consumers and business sentiment, the Chamber said.

While the Abu Dhabi Exchange (ADX) was the fourth best performing market in the GCC registering a 2.5% gain during the month. The index closed at 8704.26 points after touching a record closing high of 8,999.32 points on 6 December 2021.

The Telecom index recorded the biggest monthly gain among the new indices to reach 8112.2 points during the month driven mainly led by 4.4% gain in the shares of Etisalat. The Financial (including Banks) index followed, registering the second biggest gain of 3.6%.

Sharjah Insurance Company topped the monthly gainers chart for January 2022 after its shares rose 41.5% followed by Fujairah Building Industries and Al Khaleej Investment Company which witnessed gains of 14.7% and 13%, respectively.

The recently-listed Fertiglobe also made to the top five gainers of the month witnessing 8.8% rise in shares. On the decliners side, Ras Al Khaimah Cement led the way registering a 22.5% slide in its share price followed by the recently-listed Multiply Group and National Corp for Tourism and Hotels which saw their share prices fall 15.2% and 15%, respectively.

In terms of value traded, International Holding Company topped the table with $1.85 billion worth of shares changing hands during the month followed by First Abu Dhabi Bank and Aldar Properties at $1.85 billion and $1.55 billion respectively.

First Abu Dhabi Bank, the UAE’s largest bank, recently announced its 2021 results posting $3.4 billion against $2.9 billion in 2020. The bank’s performance was attributed to a surge in revenues specifically in trading and fee generating business.

The DFM index started the year weakly witnessing gains of only 0.2% Y-o-Y after ending 2021 on a high 28.2% year to date growth. Dubai recorded the least monthly growth among the GCC markets after the declining MSX, Kamco Invest said.

In terms of sector performance, four out of nine sectoral indices witnessed a fall during January-2022 including major sectors such as telecoms, insurance and real estate indices.

The banking sector index posted a marginal monthly gain recording an increase of 0.5% Y-o-Y  to reach 2876.9 driven mainly by Emirate Investment Banks 31% monthly jump in share prices. The Transportation sector index witnessed the biggest monthly rise among the indices registering a 10% increase to close the month at 795.3.

Comparatively, the insurance sector had the largest monthly decline among the indices registering a 2.4% downward growth thanks mainly to Dubai’ Insurance’s 11% monthly share fall.

On the decliners side, DFM topped the list with a decline of 16.2%, followed by Dubai Insurance Co and Arab Scandinavian Insurance Co which saw 11% and 8.9% fall in share prices, respectively.

Trading activity on the exchange declined during January 2022 compared with the previous month. Total volume of shares traded declined by 28% to reach 3.4 billion shares in January-2022 as compared to 4.8 billion shares during December-2021.

In a similar manner, total value traded on the exchange also decreased 16.9% to reach $1.74 billion in January 2022 as compared to $2.1 billion during the previous month.

On the monthly value traded chart, Emaar Properties topped the list with $410 million worth of shares changing hands during the month, followed by Emirates NBD and Dubai Financial Market which saw $245 million and $213.2 million values of their shares traded, respectively.

In economic news, the Dubai government announced that it attracted nearly $1.17 billion in foreign direct investment (FDI) from around 378 projects for the first nine months of the previous year. As a response to the economic disruption caused by the COVID-19 pandemic the Emirate continued its mission to introduce and implement methods that improve business confidence.

According to Dubai Investment Development Agency (Dubai FDI) total number of projects in Dubai reached 378 during the first nine months of 2021 witnessing a 16% increase. More than two thirds of the FDI came from five countries including the UK, USA, France and Saudi Arabia.