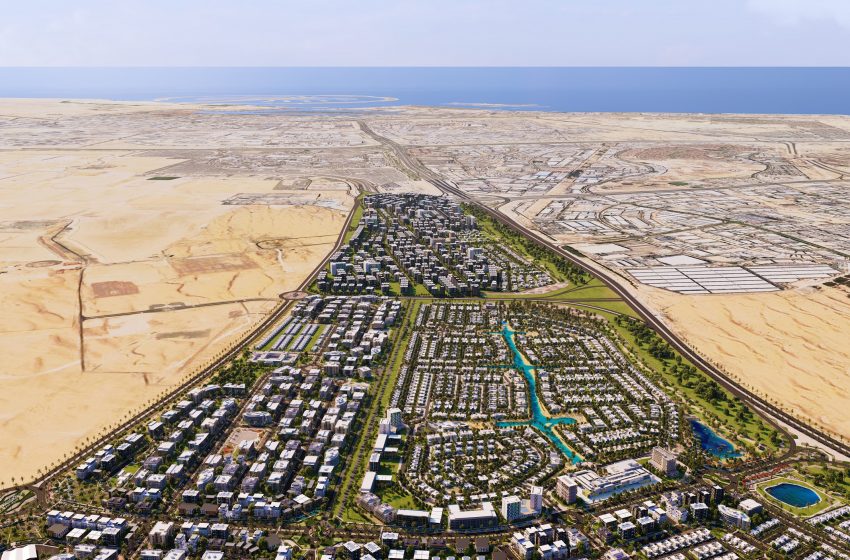 Dubai South Properties on Tuesday announced the launch of South Bay, a new master development in the heart of The Residential District at Dubai South.

The new project will be home to over 800 villas and townhouses and more than 200 waterfront mansions. It will also feature a 1-kilometre long crystal lagoon, more than 3 kilometres of a waterfront promenade, and multiple beaches for swimming.

Townhouses and villas at South Bay will be spread across a built-up area ranging from approximately 2,900 to 4,800 sq ft in a mix of three-, four-, and five-bedroom townhouses and semi-detached villas, whereas the mansions, which will all be on the waterfront, will feature five-, six-, and seven-bedroom standalone villas with a maximum built-up area of around 13,000 sq ft.

The project is located strategically on Expo Road and hosts several world-class amenities, such as a community shopping mall, a fitness complex, kids’ clubs, swimming pools, a water sports club, waterfront cafés, a pet park, and a lake park, to name a few.

A spokesman from Dubai South Properties said: “The launch of South Bay comes in light of our successful sell-out of all the residential projects we had launched over the past few years. With the Expo site now transforming into Expo City Dubai by October and based on the huge demand for premium properties in the area, this project will be an ideal option for those seeking quality living with world-class amenities at competitive prices. At Dubai South, we are always aligned with the government’s mission of making Dubai the best place to live, work and visit.”

South Bay’s sales will launch in September, and customers may register their interest now. More information on the project will be announced in due time.