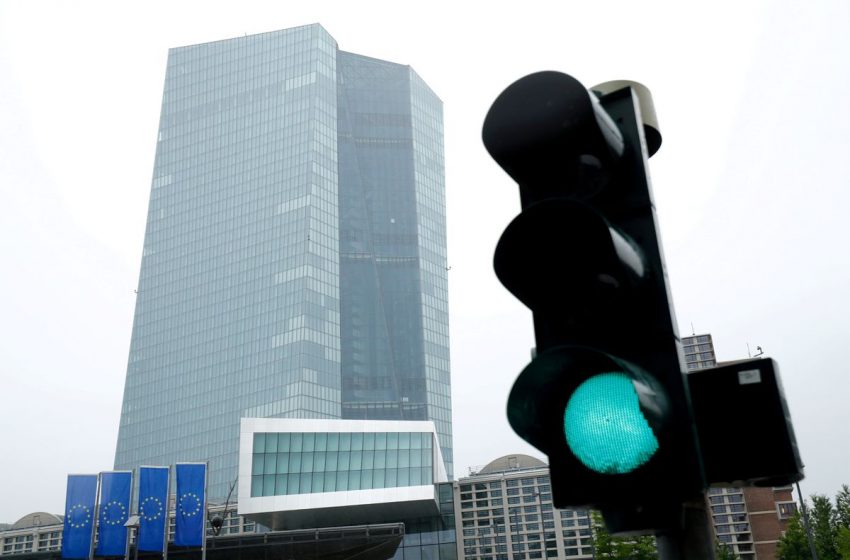 The European Central Bank is all but certain to keep policy unchanged on Thursday but could acknowledge that inflation could stay high for longer than it had projected, a signal that some may take as a hint at a faster exit from stimulus.

Having extended support measures as recently as December, any policy change now would be premature. Yet inflation has consistently exceeded the ECB’s forecasts, piling pressure on policymakers to fine-tune their increasingly questioned narrative that rapid price growth is merely temporary.

The bank argues that inflation will soon abate without its intervention and that long-term price pressures are actually too weak, meaning support is still needed to underpin inflation which undershot the ECB’s 2% target for much of the last decade.

This view is being challenged by investors and several policymakers, and January’s 5.1% inflation print, the highest ever for the 19-country euro zone, only adds to pressure for ECB President Christine Lagarde to acknowledge mounting risks.

“The ECB’s hopes for a rapid decline in the inflation rate are fading,” Commerzbank economist Christoph Weil said. “The pressure on the central bank to exit its ultra-expansive monetary policy as early as 2022 is increasing.”

Inflation is forecast just below the ECB’s 2% objective in 2023 and 2024, meaning that even a small increase in the inflation path could put price growth right on target, reducing the need for stimulus.

But changing the inflation narrative is a tricky and potentially risky exercise.

Despite the ECB’s insistence that any change in interest rates this year is very unlikely, sceptical markets are already pricing in 28 basis points of hikes during 2022, with the first move in July.

If Lagarde admits that the ECB has underestimated price pressures, markets will bring forward rate-hike bets, tightening financing conditions and offsetting the very stimulus the central bank aims to provide.

German 10-year yields , a benchmark for the bloc, are already in positive territory, coming up from levels around -0.4% in late December. Stocks (.STOXX) are meanwhile down around 2% since the start of the year.

But with the bank’s credibility already challenged by a string of forecasting errors and big upward revisions to projections, Lagarde also cannot ignore the inflation overshoots.

Instead, she may offer a token nod to inflation risks while emphasising that price growth in Europe is fundamentally different to that in the United States, given weak wage pressures and the relative lag in rebounding consumption.

The U.S. Federal Reserve is signalling a first rate hike in March although officials spoke cautiously on Monday about what might follow. read more

The Bank of England is meanwhile expected to raise rates again on Thursday and signal that it will start gradually reducing its vast holdings of government bonds, bought to stimulate Britain’s economy. read more

With euro zone unemployment also falling to a record low, Lagarde may need to acknowledge that labour markets are tightening more rapidly than expected, even if so far that has not brought significant wage pressures.

But her main message is still likely to be that no rate move is coming this year, a framing that keeps the door open to an increase in borrowing costs early in 2023.

Long more cautious than markets, analysts too are now moving forward their rate hike predictions. While a Reuters poll last month saw a first ECB rate increase coming towards the fourth quarter of 2023, a growing number now see a hike as early as Q1.

“We now expect the ECB to bring its deposit rate back to zero in two 25bp rises in March and June 2023, before making a pause in the second half of 2023,” Pictet Wealth Management Strategist Frederik Ducrozet said.

“The patience of the hawks is likely to wear thin as underlying inflation pressures continue to build over coming months.”

Lagarde is unlikely to change her view that inflation will come back under target before year-end, however – an important provision that should keep rate hike expectations at bay.

The ECB will announce its policy decision at 1245 GMT and Lagarde holds a news conference at 1330 GMT.

The ECB is set to keep the deposit rate at a record-low minus 0.5% and stay on course to phase out its 1.85 trillion euro pandemic emergency bond buying scheme by the end of March. Editing by Catherine Evans and John Stonestreet