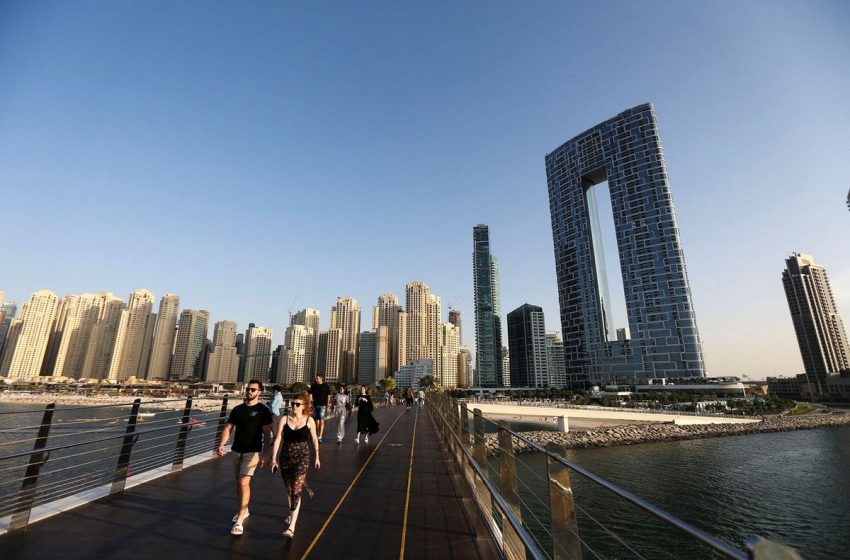 The United Arab Emirates’ non-oil private sector growth fell in January to its slowest in six months despite notching a 14th straight month of expansion, a survey showed on Thursday.

The seasonally adjusted IHS Markit UAE Purchasing Managers’ Index (PMI) fell to 54.1 January from 55.6 in December, its lowest reading since July but in line with the reading’s average since August 2009.

The solid pace of expansion, despite losing some momentum, was hindered by rising COVID-19 cases that hit growth in demand, while inflation stifled purchasing activity and new employment.

“The latest data further solidified this footing, but perhaps showed the first signs that growth had started to tail off,” said David Owen, economist at survey compiler IHS Markit.

Output, which measures business activity, fell to 59.6 in January from 62.7 in December, snapping four consecutive months of rising growth to hit its slowest since September.

The employment sub-index fell fractionally, remaining near the 50 mark that separates growth from contraction, bound by inflation concerns but extending an expansion streak to eight months.

New orders continued to rise in January, despite the pace easing to below average, boosted by the Expo world fair hosted by Dubai through end-March. But other firms said they saw demand tail off amid rising COVID-19 cases fuelled by the Omicron variant as well as increased competition.

Future output improved for the first time in three months, with 17% of firms expecting output to expand over the next 12 months and 2% foreseeing a decline. While the pace was the second highest in a year and a half, it remained well below the series average.

“The sector could quickly recoup this momentum in the coming months as the Omicron wave appears shorter than previous ones, although firms face additional challenges from stronger inflationary pressures, global supply chain problems and a possible dip in activity once the Expo ends,” Owen said. Reporting by Doyinsola Oladipo; Editing by Yousef Saba and Toby Chopra