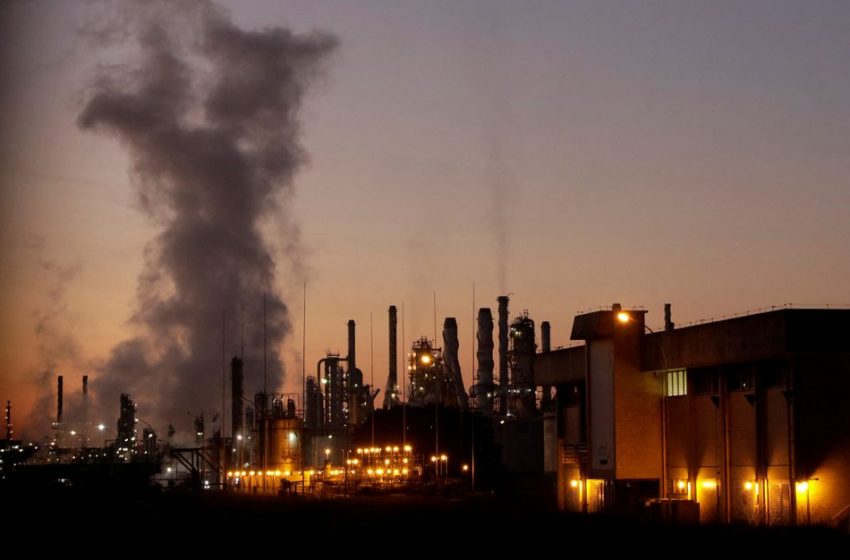 SAO PAULO/ RIO DE JANEIRO, Dec 14 (Reuters) – Brazil’s state-controlled oil company Petrobras (PETR4.SA) has raised prices at least once in the middle of the divestiture process of its largest refineries, frustrating some bidders and delaying the long awaited promise of breaking Petrobras’ monopoly in refining, four sources with knowledge of the matter told Reuters.

Bidders were surprised by what they describe as last-minute changes in the divestiture process demanded by Petroleo Brasileiro SA, as the company is formally known, the sources added, asking for anonymity to disclose private discussions with Brazil’s largest state-run company.

Petrobras, which used to control almost 100% of refining in Brazil, has committed to reduce its capacity by 50% selling eight of its 13 refineries after a deal in June 2019 with antitrust watchdog CADE to introduce competition in fuel pricing. But so far it sold only three and a reduction in political pressures to artificially set fuel prices seems remote.

The sources said pricing changes, together with a paucity of buyer interest partially fueled by pressure from investors worried about ESG targets against buying fossil fuel assets,have plagued the sale of at least two of Petrobras’ largest refineries on sale, REFAP and REPAR.

Petrobras has yet to restart the sale process of REFAP and REPAR, which have capacities of 201,280 barrels per day and 207,563 bpd respectively, producing 17.8% of Brazil’s fuel output, according to oil regulator ANP data.

In July, Cade extended a deadline for Petrobras to sell the eight refineries it had committed to divest to Dec. 31, but Petrobras has publicly admitted the deadline will not be met.

In a statement to Reuters, Petrobras said it is “fully committed” to the sale of all eight of the refineries included in the agreement with Cade.

Petrobras will try again to sell three refineries that had their processes canceled, REFAP,REPAR and RNEST.

The company is proceeding with the divestitures of LUBNOR, a 8,000-bpd refinery in the northeastern region that produces only asphalt and lubricants, and 150,00-bpd REGAP, located in the state of Minas Gerais, representing 7.1% of total refining capacity.

Brazilian conglomerate Ultrapar Participacoes (UGPA3.SA) had been in talks with Petrobras since January to acquire the REFAP refinery, which accounts for 7.7% of total Brazilian refining capacity and is located in the southern state of Rio Grande do Sul.

But since the beginning of the talks, Petrobras had been trying to get a higher price, and in September, it decided to ask for a higher bid, two sources with knowledge of the matter said. Ultrapar representatives, who thought they had already secured a price and were discussing contract details, rejected the request and left the talks.

Something different happened with REPAR, a refinery located in the southern state of Parana that concentrates 10.1% of Brazil’s refining capacity, according to ANP data.

Raizen (RAIZ4.SA), a joint venture of Royal Dutch Shell(RDSa.L) and Brazilian energy company Cosan (CSAN3.SA), had expressed interest in the asset. Raizen delivered a bid above the initially set minimum price, but Petrobras then raised the price and rejected the bid as too low.

“There was no rule change during the sale process,” Petrobras said in a response to Reuters questions about the mater.

But a fifth source familiar with the divestiture said “different variables define the price and they are usually updated”. Since Petrobras launched the refineries sale process more than two years ago, global benchmark Brent crude has soared about $10 to $73 on Tuesday.

Negotiations for REGAP also appear to be stalled. Petrobras asked for non-binding offers that were delivered in November 2019.

At least one bidder, private equity firm EIG Global Energy Partners, delivered a bid, but negotiations did not progress, according to a sixth person with knowledge of the matter. EIG declined to comment on the matter.

So far, Petrobras has sold three refineries. The largest one is RLAM refinery, in the northeastern state of Bahia with 330,000 bpd capacity, which represents 14% of Brazilian refining capacity, to United Arab Emirates investor Mubadala Investment Co for $1.8 billion.

But the assets sold so far are insufficient to influence prices in the domestic fuel market.

As the asset sales drag on, demand for refineries is dwindling. Several of them fetched a single offer and there was no-one interested in RNEST, in the northeastern state of Pernambuco.

After the failure of the sale, Petrobras announced that will invest in the 115,000-bpd RNEST refinery and raise its capacity to 260,000 bpd in 2027.Reporting by Tatiana Bautzer, Rodrigo Viga Gaier and Carolina Mandl in Sao Paulo and Rio de Janeiro Editing by Marguerita Choy