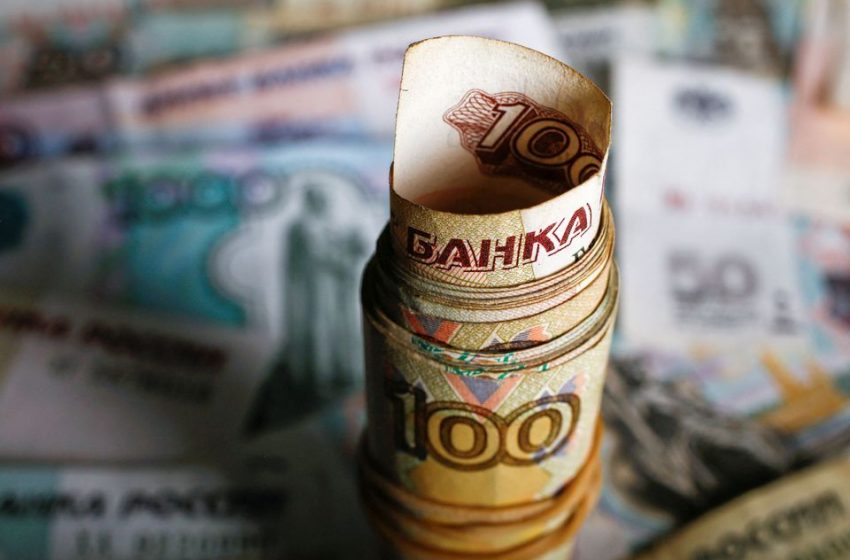 Western capitals have started putting in place fresh restrictions on Russia’s sovereign debt as they seek to ratchet up pressure on Moscow over the conflict with Ukraine.

The United States and its allies introduced an initial round of sanctions after Russian President Vladimir Putin recognised two breakaway regions in eastern Ukraine on Monday. A string of harsher measures is expected after he launched a full-scale invasion on Thursday.

Here is an overview of what measures have already been added and what impact they might have:

WHAT ARE THE NEW RESTRICTIONS ON SOVEREIGN DEBT?

Washington announced a ban on U.S. entities participating in secondary markets for both rouble and non-rouble debt issued by Russia’s central bank, the national wealth fund and the finance ministry after March 1. read more

The European Union agreed new sanctions that will target the ability of Moscow to access the bloc’s capital and financial markets as well as services, and ban EU investors from trading in Russian state bonds. Canada’s government said it would bar its citizens from engaging in purchases of Russia’s sovereign debt. read more

Britain said on Wednesday it would stop Russia selling sovereign debt in London – one of the world’s major financial centres for such transactions. The measures would require additional legislation, according to Western officials, and clearing transactions would also be affected. However, there was no indication on whether Britain would stop trade in outstanding sovereign debt. read more

The coordinated measures are aiming to curb Russia’s ability to raise new foreign financing and plug some loopholes. Despite the limitations in the United States, Russia had been able to issue bonds in European markets.

Analysts at JPMorgan calculate that Russia has issued a combined 3.5 billion in euro-denominated bonds since 2020.

They, however, predicted the new U.S. sanctions on local sovereign bonds, so-called OFZs, would lead to the creation of two different classes of OFZs.

In response to the U.S. curbs on local sovereign bonds, the finance ministry said it would offer only new series of OFZs starting from Feb. 22 and stop tapping issues registered before this date “to lower risks of forced selling of circulating state securities by particular categories of foreign investors.” read more

JPMorgan said that bonds which had been sold since mid-June had a 10-25 bps premium over existing issues, though this divergence faded, likely due to bonds being added to the most widely used emerging fixed income benchmark.

“However, premia may be more persistent this time given that new OFZs will not be index eligible,” said Nicolaie Alexandru-Chidesciuc at JPMorgan. “As long as local banks can freely transact with foreigners the basis between the two curves should remain relatively narrow (within 20-30bp).”

WHAT DOES THIS MEAN FOR CAPITAL FLOWS?

Latest data shows that Russia has just under $40 billion in dollar and euro-denominated bonds outstanding, with just over half held by foreign investors. Positioning in those bonds by foreign investors looked light and the most underweight in two decades, according to a JPMorgan emerging market client survey.

Meanwhile foreign investors held around 18% or 2.8 trillion roubles ($34.4 billion) of overall outstanding OFZs, according to ING.

The new U.S. sanctions are not expected to trigger forced selling in OFZs. However, capital flows have shown investors ditched the bonds as tensions over Ukraine have escalated since late last year.

“Russia is now experiencing the fifth consecutive month of foreign portfolio outflows from OFZ,” said Chris Turner, global head of markets at ING. “In October-January it totalled $5.4 billion, and since the beginning of February, some $1.1 billion were withdrawn.”

Russia currently has a weight of 6.8% in JPMorgan’s local sovereign debt benchmark, though given the U.S. measures would see no new issues added while existing ones would mature, the weighting was expected to shrink to below 5% in just over three years, the bank projected.

JPMorgan, which runs some of the most widely-used hard and local currency fixed income indexes (.JPMEGDR), (.JGEGDCM) in emerging markets, said on Wednesday it was reviewing the impact the new U.S. curbs may have on its emerging market benchmarks. read more