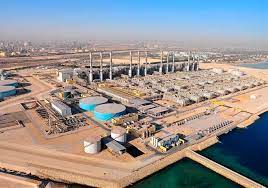 The global water desalination market industry is growing, especially in the MENA region where 12 of the 17 most water-stressed countries are located.

While the global desalination market is expected to grow to $32.1 billion by 2027, the MENA region depends on desalination water and accounts for 48% of the total on-going projects. The regional governments are investing $4.3 billion in 2022 to meet the growing demand for fresh water in the region.

According to a research published by Dubai-based GM Events, even though the 2020s have started off with an unprecedented heightening of awareness and activism regarding global environmental issues, no-one can change the laws of supply and demand. In the MENA region, demand for fresh water is increasing while supplies dwindle at an alarming rate. The two sides of this coin combine to create somewhat grim reading in 2021.

While these numbers are not encouraging, there are changes, opportunities and advancements in the MENA desalination industry that provide hope for a sea-change in the region’s water security prospects.

As MENA countries are expected to add an estimated 20GW of solar capacity and 5-6GW of wind by 2025, it shows that the region is ready to capitalise on the strength of its existing desalination industry as well as its abundant potential for producing renewable energy.

As the monetary and energy-related costs of producing desalinated water continue to fall, capacity will steadily rise across the region. “Thankfully, desalination is no longer being viewed as a ‘rich nation only’ solution,” the study said.

MENA contains more than 6.3% of the world’s population, but less than 1% of global water resources. The UAE recorded only 1.2 millimetres of rain in the first three months of 2021.

“Making up the predicted MENA water deficit in 2025 will require the production of an additional 237 billion cubic metres of potable water. By 2050, water scarcity could cost MENA between 6-14% of the entire region’s GDP each year,” it said.

Seawater desalination is essential to the long-term water security – and hence the very survival – of the region. With their groundwater reserves and natural aquifers drying up at an astonishing rate, these countries are depending on their coastlines more than ever before.

“As we can see from the expansion of the MENA desalination project pipeline, the reality of water scarcity is translating into more proactive investment and greater levels of international cooperation to accelerate the delivery of additional production capacity. From major individual plants in the UAE, Saudi Arabia, Morocco and Oman, to small yet widespread deployments across Egypt and lately Tunisia and Libya, rising water demand is being addressed and met with increasing supply,” it said.

A look beyond 2021 and further into decade, the picture of MENA’s desalination development isn’t purely one of building capacity at all costs. Combined with this need is the equally vital consideration of developing a sustainable desalination industry at the national and regional level.

This goes double for global desalination leaders such as Saudi Arabia, who are keen to tie the fortunes of their growing water production capacity to that of their clean renewable energy capacity. This is a trend that bodes well for both industries, as it plays to the natural strengths of the MENA region, with its abundance of coastlines, and solar and wind potential.

Taweelah (The UAE): 909,200 cu m/day, which is under construction, will catapult the UAE into the top three list. This project is expected to raise the emirate’s proportion of desalinated produced water by RO from 13% at present to 30% by 2022.

Shuaiba 3 (Saudi Arabia): 880,000 cu m/day. The first phase of the project is completed and second one is in the finishing stage with an additional 400,000 cu m/day of RO capacity.

Umm Al Quwain (UAE): 682,900 cu m/day is an Independent water project (IWP) is one of the largest pure play reverse osmosis plants. It is located along the border of Emirate of Ras Al Khaimah. It is expected to be commercially operational in Q3 of 2022.

Jubail 3A IWP (Saudi Arabia): 600,000 cu m/day whose investment value is $650 million. It will generate 600,000 cu m/day of potable water. This Greenfield seawater reverse osmosis desalination project is set for commercial operation in Q4 of 2022.Fujairah 2 (The UAE): It can stack up at 591,000 cu m/day and includes multiple components.