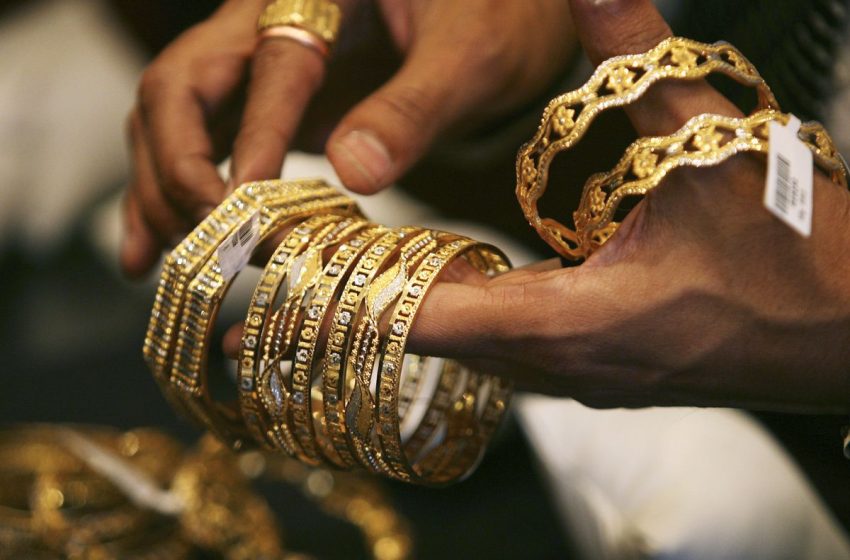 A shopkeeper shows gold bangles to a customer at a jewellery shop in Mumbai November 4, 2009. REUTERS/Arko Datta

Biden hit Russia with a wave of sanctions on Thursday after Moscow invaded Ukraine, measures that impede Russia’s ability to do business in major currencies along with sanctions against banks and state-owned enterprises. read more

“If current sanctions are the limit of the response, the economic impact is limited. So we are seeing short-covering in stocks,” said Tai Wong, an independent metals trader in New York.

Wall Street advanced in volatile afternoon trading, with the Nasdaq up nearly 2% after Biden’s comments on Russia.

“Gold’s afternoon selloff accelerated after President Biden unveiled the next round of sanctions, which many thought were not hard-hitting enough,” said Edward Moya, senior market analyst at Oanda.

“However, Russia’s invasion of Ukraine is a gamechanger and demand for safe-havens will remain elevated and gold prices will likely see strong support over the short term.”

Russia’s Nornickel (GMKN.MM) is the world’s largest supplier of palladium and a major supplier of platinum. read more