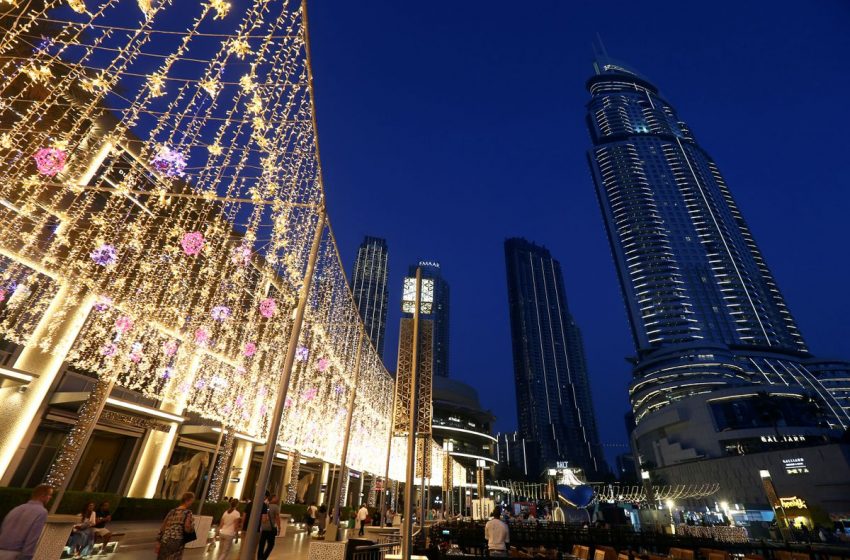 The Gulf Cooperation Council’s (GCC) economic growth will accelerate this year to a pace not seen in a decade, according to a Reuters poll of economists, who said high inflation and a slowing global economy were the biggest downside risks.

Crude prices, a major driver for Gulf economies, shot up after Russia invaded Ukraine in February and have remained elevated, giving a major boost to economies in the oil and gas-rich region. read more

An April 12-22 Reuters poll predicted growth overall in the six GCC economies would average 5.9% this year, which would be the fastest since 2012.

“GCC economies have seen a relatively strong start to 2022. The hydrocarbons sectors have benefited from increased oil production so far this year, with crude oil production up 12% on Q1 2021 for the UAE and 19% over the same period for Saudi Arabia,” said Khtija Haque, chief economist at Emirates NBD.

“Survey data for the first quarter of the year point to a solid expansion in non-oil sectors as well, with strong growth in business activity and new work in the UAE, Saudi Arabia, and Qatar.”

For Saudi Arabia, the region’s largest economy and world-leading exporter of crude oil, about 80% – or 17 of 22 contributors – upgraded their forecasts from the previous poll in January.

The expected growth in Kuwait at 6.4%, and in the United Arab Emirates (UAE) at 5.6%, would be the fastest in around a decade. Qatar, Oman, and Bahrain are expected to grow around 4%, the fastest in several years.

However, when asked for the top two downside risks to GCC economies this year, 10 of 12 economists who answered an additional question said high inflation and a slowdown in the global economy.

Inflation in most of the GCC economies has risen in recent months against the backdrop of high food prices caused by the Russia-Ukraine war.

Although modest in comparison to many other countries, GCC inflation is expected to rise above 2% this year, with the highest median forecast for Qatar at 3.5%, and the lowest for Saudi Arabia at 2.5%.

“In the face of higher commodity and global food prices, we have revised our 2022 inflation forecast for the GCC region to be about 3.5% from around 2.5%,” noted Ilker Domac, regional head of economics at Citi.

“Since GCC countries import 85% of their food, a sustained upward pressure on international food prices could pose a challenge for policymakers in the region.”

Also, uncertainty caused by the conflict in Ukraine could have an adverse impact on a global economy just emerging from the ravages of the pandemic.

The GCC, highly dependent on revenues from energy exports, would face weaker demand from an economic slowdown – especially in China, one of the world’s biggest oil and gas importers.

“From the regional perspective, global growth concerns become a worry if they hit oil prices. Price pressures are certainly being felt though on the assumption inflation eases into 2023, the present trends should not derail efforts to keep non-oil sector recoveries on track”, said Maya Senussi, senior economist at Oxford Economics.

(For other stories from the Reuters global long-term economic outlook polls package:)