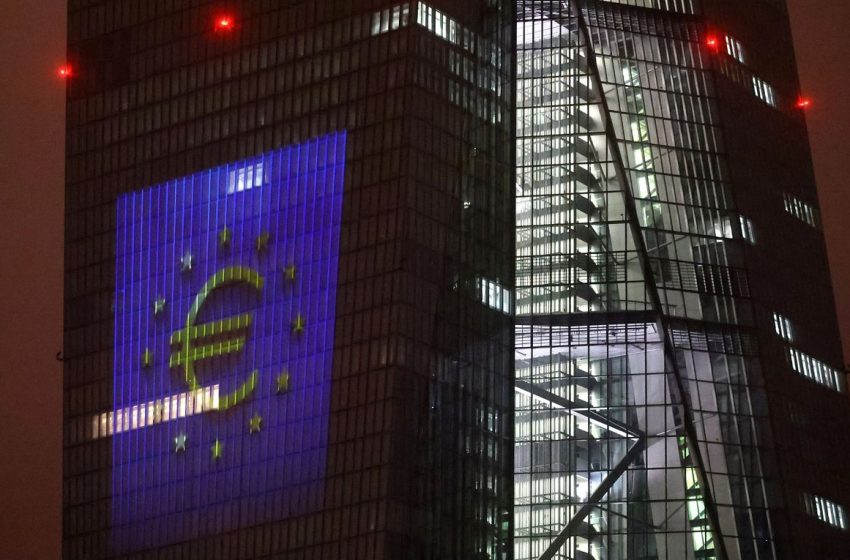 No immediate policy action is expected since the ECB in December laid out plans to wind up its 1.85 trillion euro ($2.09 trillion) pandemic stimulus scheme by end-March.

But price pressures remain strong and markets want a sense of whether the ECB is getting closer to a more hawkish stance. Here are five questions on the radar for markets.

1. Will the ECB shift its language on inflation?

Possibly. The ECB has slowly changed its language already and may continue to do so.

ECB chief economist Philip Lane said last week the ECB would tighten policy if inflation was seen holding above its 2% target, but such a scenario appears less likely for now.

Euro area inflation hit 5% in December, the highest on record, and is forecast to drop back below target in the fourth quarter.

But some officials view this projection as overly optimistic. January data out the day before the ECB meets could arm the hawks with fresh ammunition to push for a change in tone — the December meeting minutes revealed deep divisions over inflation.

2. Could a more hawkish Fed force the ECB to speed up normalisation?

Not likely. Lagarde reckons the ECB does not need to act as boldly as the U.S. central bank given different economic conditions. Labour markets, for one thing, are much tighter in the United States.

“The euro area is not the U.S. and there are no signs of domestic overheating,” said PGIM Fixed Income’s chief European economist Katharine Neiss.

“But this is not a typical cycle, so there does need to be a degree of humility and the ECB needs to be alive to the potential that the recovery could be stronger than they judged.”

A flurry of U.S. rate hikes could complicate life for the ECB if the Fed completes its tightening cycle quicker than in the past, leaving the ECB with a shorter time to act.

3. What does the ECB think of market pricing for rate hikes?

Lagarde may push back against market rate-hike bets, which are out of sync with the ECB’s ultra-loose monetary policy stance. Higher lending rates in markets could prove problematic if they trigger tighter financial conditions for companies.

Money markets are pricing in a 10 basis-point rate rise by October. Deutsche Bank reckons the ECB will kick off with an aggressive 25 bps hike in December.

But the ECB has essentially ruled out lifting rates this year. It aims to reduce its asset buying gradually, but it has no plans for now to stop it altogether and it will not hike rates before it is done buying bonds.

4. When does the ECB expect second-round effects from inflation to emerge?

With inflation higher for longer than anticipated and oil prices elevated, policymakers are watching out for whether this triggers higher wage demands, which in turn push up price inflation.

Policymakers stress they do not see wages responding significantly to inflation. Germany’s government believes the economic recovery and higher inflation will likely lead to “somewhat stronger wage growth” this year.

“The case for higher wages is extremely good as we are seeing tighter labour markets in places like Germany and the Netherlands. The question is whether it will be a one off?” said Piet Haines Christiansen, chief strategist, Danske Bank.

“Wages are the missing piece in the puzzle, and if we see inflation there, we will get a rate hike. And that might come as early as Spring next year.”

5. How does the changing response to the pandemic impact the macro picture?

The Omicron coronavirus variant has weighed on the economy, but with most countries avoiding full lockdowns, data suggests activity is holding up relatively well.

Lane has said the Omicron impact will be measured in weeks, not months.

For ECB watchers, signs that economic momentum is gaining pace means pressure to remove stimulus quickly could build. Uncertainties also cloud the outlook, such as how lofty oil prices and a China slowdown might derail growth.