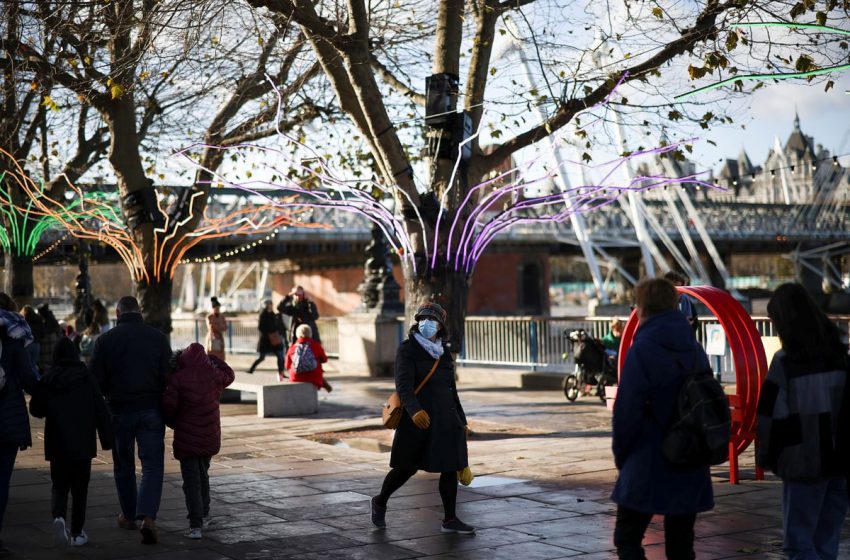 England is going under tougher COVID-19 curbs, Christmas parties are being cancelled across Europe and the United States, and Jefferies became the first big Wall Street bank to send employees home.

But markets are looking on the bright side — news that a three-shot course of BioNTech/Pfizer’s vaccine neutralised the Omicron virus variant in a laboratory test enabled stock markets to carry on merrily higher on Wednesday.

But with focus returning to central banks and inflation, the rally has lost some of its edge. European and U.S. futures are flatlining, Japanese stocks fell 0.3% and a global equity index paused near two-week highs.

Elevated factory prices eventually feed into CPI which ticked up to 2.3% in November, from last month’s 1.5%. Authorities fixed the yuan a touch below the three-year highs hit on Wednesday but the inflation worry will limit how much it can weaken.

China’s data sets the stage for Friday’s U.S. CPI, which some participants in this week’s Reuters monthly summit predicted would print with “a 7-handle”. Core inflation could be above 5%, some reckon.

It will be the last key piece of data before the December 14-15 Federal Reserve meeting, which could flag a step-up in the pace of policy tightening.

In neighbouring Canada, markets now see interest rates rising from 0.25%, after the central bank on Wednesday dropped a reference to inflationary forces as temporary.

Those inflation projections and the stock market rebound forced bond yields higher — a three-day rise in 10-year Treasuries was their longest since mid-October. This morning, edgier equity markets have sent U.S. and German bond yields a touch lower and the dollar index is back at one-week highs.

And data never ceases to surprise. Germany just reported October export figures which grew 4.1%, the highest in over a year and beating expectations of a 0.9% gain read more

– Deutsche Bank shares down on WSJ report it may have violated U.S. criminal settlement read more