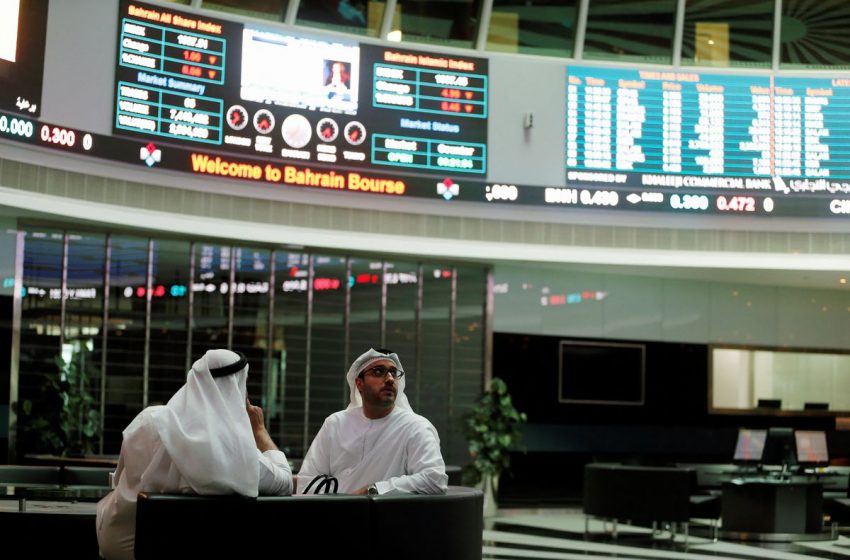 Major stock markets in the Gulf rose in early trade on Wednesday, boosted by rising oil prices, with the Dubai index on course to snap two sessions of losses.

Crude prices, a catalyst for the Gulf’s financial markets, climbed toward last week’s seven-year highs as a draw in U.S. crude stocks confirmed strong demand and tight supplies, but investors remained cautious ahead of an OPEC+ meeting later in the day.

The kingdom has launched investments worth $6.4 billion in future technologies, the Saudi minister of communication and information technology said on Tuesday, as the kingdom races to diversify its economy from oil. read more

However, the index’s gains were limited by a 25% plunge in Saudi Investment Bank (1030.SE) as the lender traded ex-dividend.

The Government of Dubai’s Department of Finance will consider reducing government fees on commercial activities following the introduction of a federal corporate tax on business profits. read more

The United Arab Emirates’ Finance Ministry announced its plan to introduce a federal corporate tax on business profits on Monday for the first time starting from June 1, 2023, although it kept the rate low, at 9%, to remain attractive to businesses.