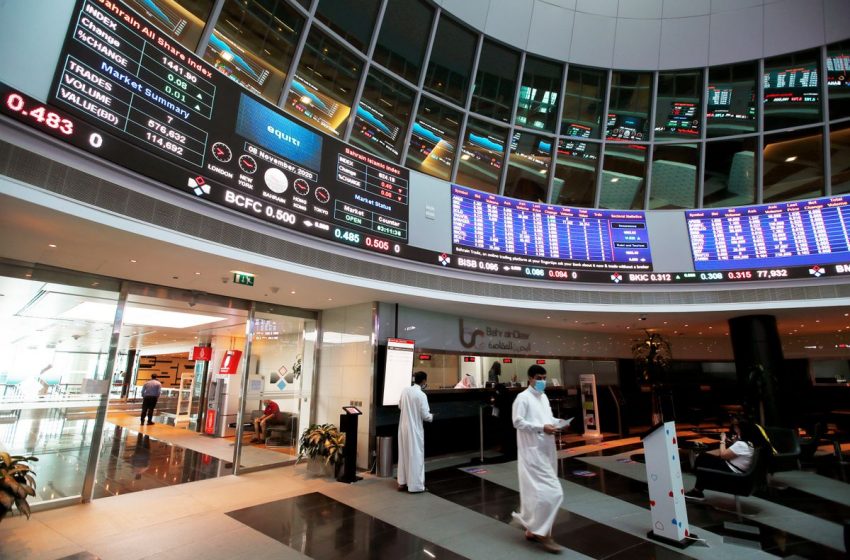 Traders wait at the Bahrain Bourse after Joe Biden won the U.S. presidency, in Manama, Bahrain, November 8, 2020. REUTERS/Hamad I Mohammed

Major stock markets in the Gulf were mixed in early trade on Monday, amid plans by U.S. President Joe Biden and Russia’s Vladimir Putin to hold a summit on the Ukraine crisis.

The office of French President Emmanuel Macron said he had pitched to both Biden and Putin a summit over “security and strategic stability in Europe.” The White House said Biden had accepted the meeting “in principle” but only “if an invasion hasn’t happened.” read more

Despite the prospect of $100/barrel oil, ministers of Arab oil-producing countries said on Sunday that OPEC+ should stick to its current agreement to add 400,000 barrels of oil per day each month to output, rejecting calls to pump more to ease pressure on prices. read more

FAB this month made a non-binding offer to buy at least 51% of EFG Hermes for 19 Egyptian pounds ($1.21) per share, which valued Egypt’s leading investment bank at nearly $1.2 billion. read more

The Qatari index (.QSI) traded flat as gains in financial shares were offset by declines in energy stocks.

Oil prices calmed down after fluctuating initially, as investors eyed contrasting scenarios of tighter Russian energy supplies due to the Ukraine crisis and more crude coming to the market on a possible nuclear deal between Iran and world powers.

Reporting by Ateeq Shariff in Bengaluru; Editing by Subhranshu Sahu