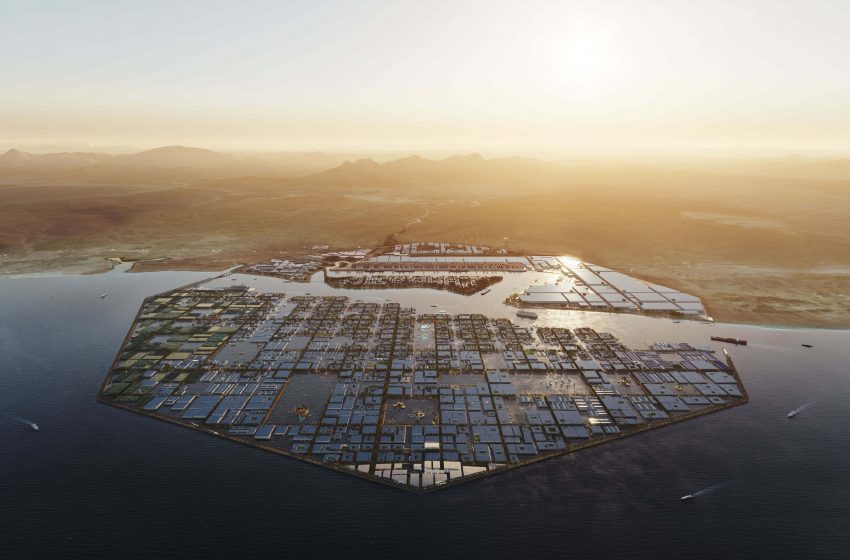 NEOM, Saudi Arabia’s $500 billion Giga project, has been named as the most preferred location to buy a home by the Kingdom’s homeowners, first-time buyers and high-net-worth-individuals (HNWIs), according to Knight Frank’s annual 2022 Saudi Residential Survey.

Knight Frank’s annual survey, which separately spoke to 1,003 households and 55 HNWIs in Riyadh, Jeddah and Dammam, has found that the appeal of NEOM amongst the Kingdom’s planned Giga projects is unanimous.

Faisal Durrani, partner – head of Middle East Research, Knight Frank, explained: “The Kingdom’s new Giga projects represent a seismic shift in not only the quantum of real estate development unleashed in the kingdom, but also spectacularly mark the birth of what could be the emergence of one of the world’s hottest new real estate markets and Saudi nationals are alive to this fast-emerging reality.

“The gargantuan NEOM has clearly captured the imagination of Saudi’s all across the Kingdom, with the appetite to purchase here amongst tenants, homeowners and HNWIs running above 70%. Indeed most are even willing to pay a premium for the privilege of living, or owning a home here. Developers have a real opportunity to tap into this surging demand and meet the clearly laid out expectations of potential buyers.”

The excitement around NEOM is clear, but now work must begin to deliver on the promises made and more importantly, deliver a city that caters to the aspirations of the kingdom’s hopeful home buyers and eager investors alike, says Knight Frank.

Creating a city from scratch, with a vibrant economy that draws in and retains talent is no easy feat, but numerous examples exist around the world and now could well be NEOM’s turn, but challenges around delivering NEOM could be addressed through private sector participation.

Harmen de Jong, partner – real estate strategy and consulting, Knight Frank, added: “NEOM’s planners have done an incredible job of promoting and positioning the city as the place to live and the message has been received loud and clear. Private sector participation can take many forms to help alleviate some of the challenges of delivering the ambitious volume of real estate planned.

“The establishment of certification and training programmes for contractors, who aspire to become developers, will for instance, help to deliver the ambitious volume of real estate development being planned. Furthermore, it will foster better coordination between the private and public sectors, allowing the authorities to assume more of a supervisory and strategic role in transforming the nation, leaving the nuts and bolts of delivering the vision for a new Saudi to the private sector.”

Knight Frank’s HNWI survey has revealed that the majority of HNWIs (60%) also name NEOM as the Giga project they would most be interested in buying a home in, with 97% of this group saying they are likely to make a purchase.

“While 96% of HNWIs plan to purchase a home in one of the country’s Giga projects, NEOM is far and away the favourite Giga project. This preference for NEOM above other Giga projects is echoed across HNWIs in Riyadh (61%), as well as Jeddah (58%). And what’s more, 82% of NEOM’s HNWI supporters will be willing to pay a premium to live here, Durrani added.

While The Red Sea Project also emerged as a top location amongst the 1,003-households Knight Frank surveyed, it comes second to NEOM overall.

“Looking more closely at the results paints The Red Sea Project as more of an aspiration for would-be buyers and investors, rather than somewhere they will actually transact. Indeed ‘international-level luxury experiences’ at 50% was cited by HNWI as the main attraction for buying in The Red Sea Project, while for NEOM it is ‘investing in the Kingdom’s Future / Vision 2030’ that is the main driver at 45%,” Durrani pointed out.

Some 38% of those interested in The Red Sea Project claim to have no prior knowledge of the project, compared to just 9% of NEOM’s supporters. When it comes to the likelihood of making a purchase, 56% would be likely to buy in The Red Sea Project while for NEOM this figure is higher at 72%,” de Jong concluded.