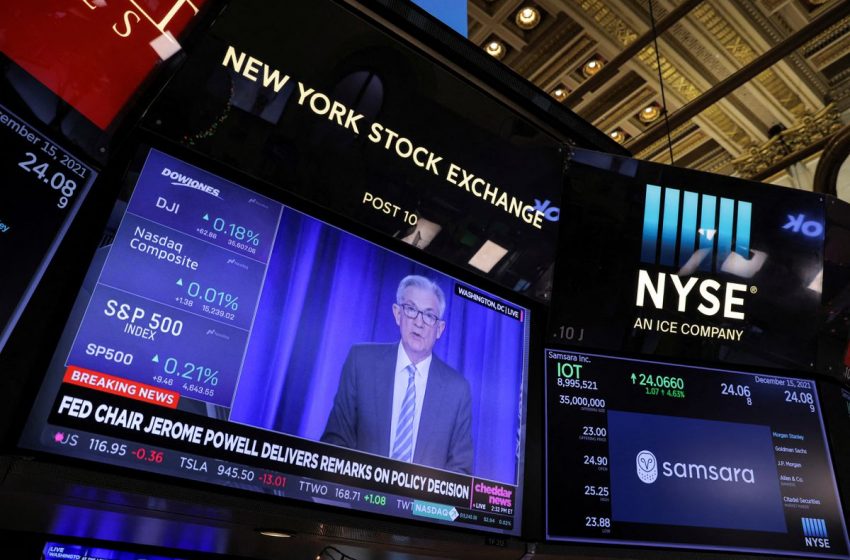 The day ahead is all about the United States and Russia and possibly it’s also a day of firsts, for very different reasons. So, where do we start?

Well, let’s go with the least complicated and that’s the United States, where the Federal Reserve is widely tipped to deliver a 25 basis point rate hike in what would be its first increase in three years. read more

Markets are starting to fret about just how far rates could rise given four-decade high inflation, with over seven, 25 bps rate increases in total priced in over the next year.

The language of the Fed’s new policy statement and updated quarterly economic and interest rate projections will provide the first concrete guidance about how surging inflation and Russia’s invasion of Ukraine has influenced policymakers, and whether it has rattled faith that the economic rebound can stay on track even as inflation is driven lower. read more

Now, to Russia, which is on the brink of what could be its first international debt default since the Bolshevik revolution over a century ago.

It has $117.2 million in interest payments due on two dollar-denominated eurobonds. Its finance ministry has said it will make the payments in roubles if sanctions prevent it from paying in dollars – a move markets would view as a default.

The eurobonds in question, maturing in 2023 and 2043 , are among the first to have scheduled payments after Russia was hit by sanctions. The ramp up of Western sanctions and countermeasures from Moscow have raised question on whether Russia would be able, or willing, to make the payments.

An ‘grace period’ that allows Russia another 30 days to make the payment could drag the saga out.

Markets meanwhile are holding on to the upbeat mood that has surfaced in recent days – Asia shares have rallied, European and U.S. stock futures are up sharply , .

Chinese stocks surged after Vice Premier Liu He said more measures to boost the economy would be rolled out. read more

And reports that Saudi Arabia was in talks to price its oil sales to China in the Chinese currency has helped boost the yuan .