Morning Bid: Bears at the gate 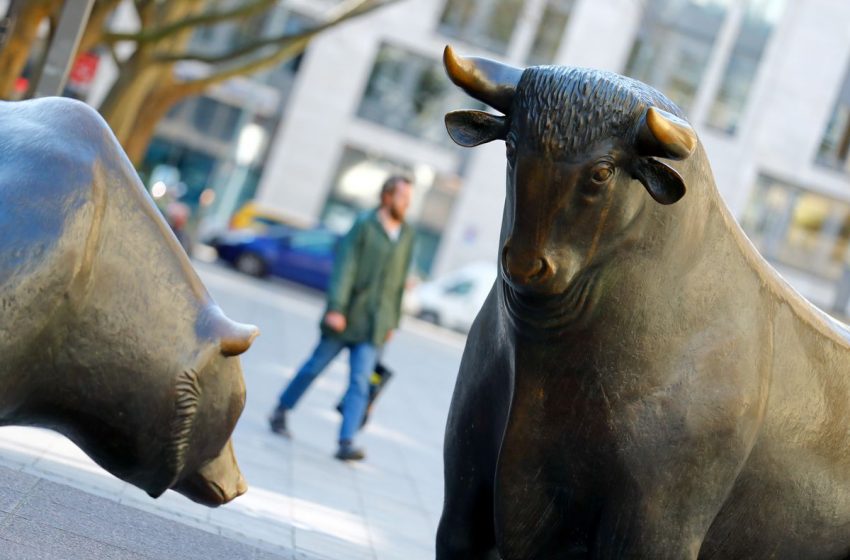 A look at the day ahead from Julien Ponthus

With a 14% fall from its November peak, not only is the Nasdaq deep in correction territory, it is also now within striking distance of the 20% fall bar which defines a bear market.

And while a U.S. Federal Reserve tightening cycle could be expected to weaken tech and other growth sectors, market stress is actually spread throughout Wall Street.

The S&P 500 has just suffered its biggest weekly loss since the COVID-19 market crash of March 2020 and is less than 2% away from a correction.

Friday’s selloff came against the backdrop of a sharp fall in U.S. Treasury yields, which seems to suggest expectations of higher interest rates may not be the only factor denting sentiment ahead of this week’s Fed meeting.

Until now, markets have been fairly happy to ignore the simmering tensions between Russia and the West over Ukraine but this might be changing as President Joe Biden weighs options for boosting America’s military assets in Eastern Europe.

In this context, stakes are building quickly for fourth-quarter earnings, especially after high-visibility stocks such as Netflix and Goldman Sachs disappointed investors.

Mega-caps due to update the market this week include IBM (IBM.N), Microsoft (MSFT.O) Tesla (TSLA.O) and Apple (AAPL.O).

As the week starts, stress is palpable across most markets — MSCI’s index of Asia-Pacific shares ex-Japan (.MIAPJ0000PUS) is down over 1% while South Korean shares posted their biggest drop in five weeks and European futures are in the red.

In the meantime the dollar index is ticking up and bitcoin down to $35,295, almost 50% down from its November peaks.