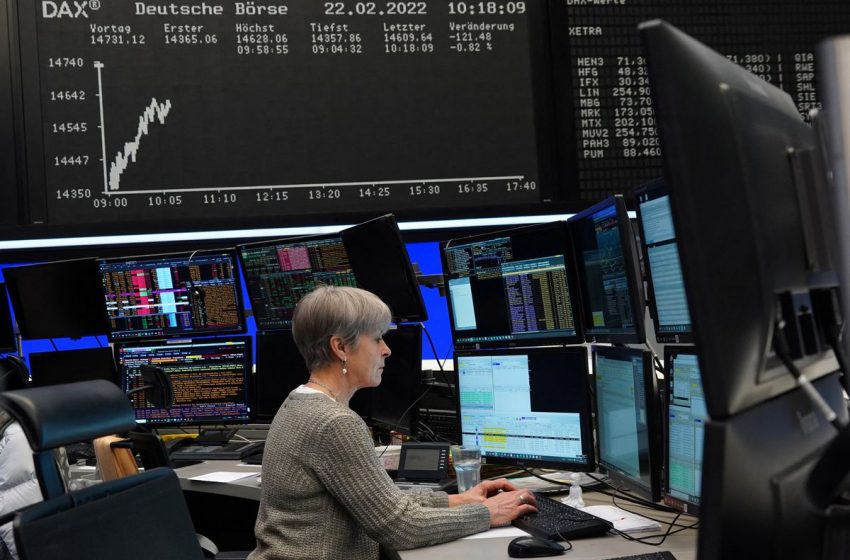 The end of the week is in sight and one thing is clear, central banks increasingly appear to be on different paths and investors are not entirely convinced that it’s the right one.

So even as the Federal Reserve kicked off its rate hiking cycle and signalled an aggressive plan to push up borrowing costs to tame inflation, market pricing suggests that such action could trigger a potential recession.

At just 24 basis points, the gap between two and 10-year U.S. Treasury yields is near its tightest levels since March 2020. That means the yield curve is not far from inverting — an indicator of a likely recession in the following one to two years. It has a good track record.

Meanwhile the Bank of England raised rates for a third time on Thursday but softened its language on the need for more hikes as households face a huge hit from soaring energy bills. read more

European Central Bank chief Christine Lagarde said the ECB would be in no hurry to raise rates (markets still price in at least 4 rate hikes of 10 bps each by year-end), while the Bank of Japan on Friday maintained its massive stimulus and warned of heightening risks from the Ukraine crisis. read more

Whether to hike rates and tame inflation, but risk tipping the economy into recession, or do nothing to steer the economy through the fallout of the war in Ukraine and risk inflation spiralling, puts policymakers in a bind.

See-sawing oil is not helping with crude back above $100.

A first Russian external bond default in a century however appears to have been have averted for now. Sources say some creditors have received payment, in dollars, of Russian bond coupons which fell due this week. read more