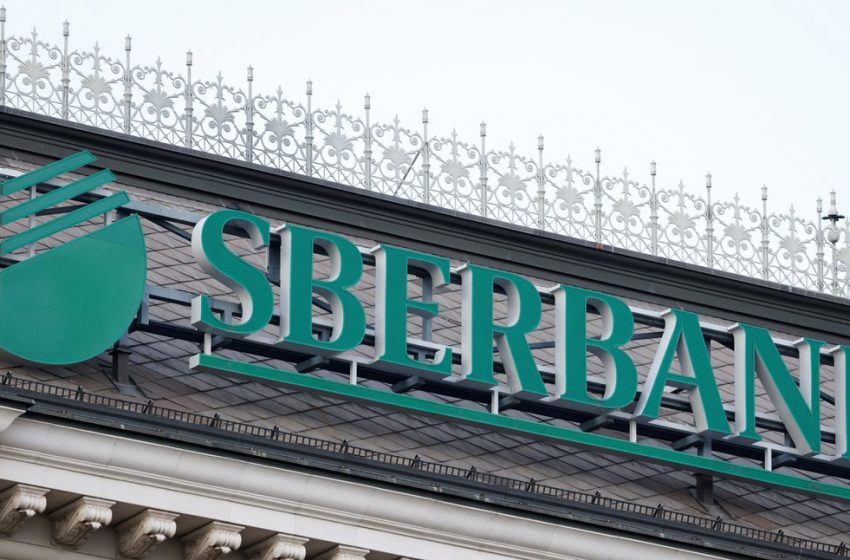 The logo of the Russian Sberbank Europe AG bank is seen on their headquarters in Vienna, Austria, February 28, 2022. REUTERS/Leonhard Foeger

Russia’s largest lender Sberbank (SBER.MM) on Friday said sanctions on its operations meant its customers would be unable to transfer funds in certain foreign currencies to accounts at other banks, both in Russia and abroad.

Unprecedented Western sanctions have hit the heart of Russia’s financial system over events in Ukraine and Sberbank was among the companies targeted. The bank quit almost all its European markets earlier this month. read more

“Due to sanctions, from March 18, the list of currencies available for transfers to other banks in Russia and abroad has been restricted,” Sberbank said on its Telegram channel.

“This means that Sberbank will not be able to make transfers to other banks in U.S. dollars, Canadian dollars, pounds sterling, Danish crowns and Swedish krona.”

Several Russian banks have been banned from the SWIFT international payments network, hampering their efforts to move money outside of Russia, but operations within the country have remained largely unscathed until now.

Moscow and Beijing are working to establish cooperation between their respective financial messaging systems. Russia’s SWIFT alternative, the System for Transfer of Financial Messages (SPFS), should enable the flow of domestic interbank traffic.

Russia’s second-largest state lender VTB (VTBR.MM) said on Thursday it would hand over servicing of foreign securities to other Russian financial companies, to allow investors to buy and sell assets without limitations. read more