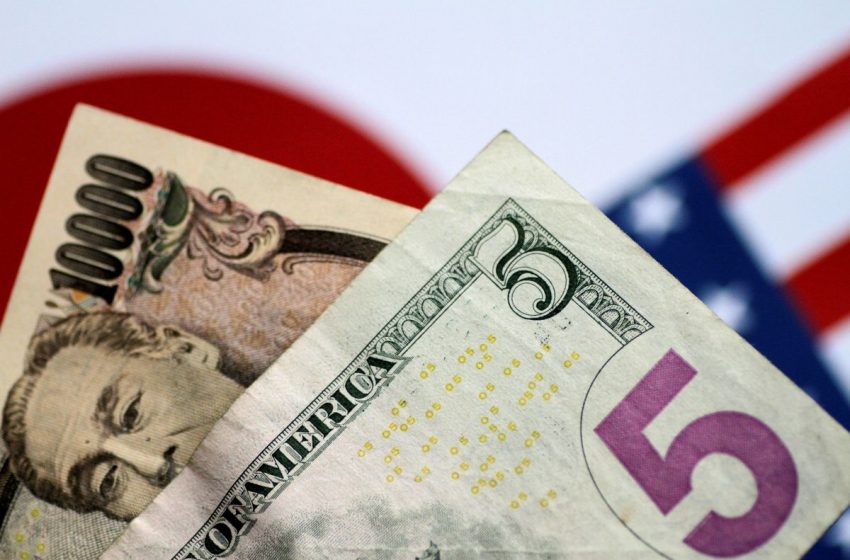 Many recent trends seem to be accelerating across financial markets this morning with notably the dollar climbing to a fresh two-decade peak against the yen while benchmark 10-year Treasury yields are now a whisker from 3%.

The rhetoric from U.S. Federal Reserve officials is getting more hawkish by the day, pushing up expectations for interest rate hikes, while at the same time the Bank of Japan stepped into the market again to defend its ultra-low rate policy.

The BoJ just offered to buy an unlimited amount of 10-year Japanese government bonds (JGB) at 0.25%, in its third move since February to defend its yield target. read more

In the euro zone, Germany’s benchmark 10-year bond yield remains in striking distance of 1%, its highest since July 2015 as investor brace for the European Central Bank to tighten monetary policy in order to tame rising inflation.

Oil prices, well above $100 a barrel, are back on a rise after heavy losses on Tuesday when the International Monetary Fund (IMF) slashed its forecast for global growth due notably to Russia’s invasion of Ukraine exacerbating rising inflation.

Meanwhile, the resurgent COVID-19 pandemic continues to take its toll on Chinese equities.

The CSI300 index (.CSI300) and the Shanghai Composite Index (.SSEC) are down over one percent after the central bank surprisingly kept its benchmark lending rates unchanged, despite frequent government pledges to support a slowing economy.