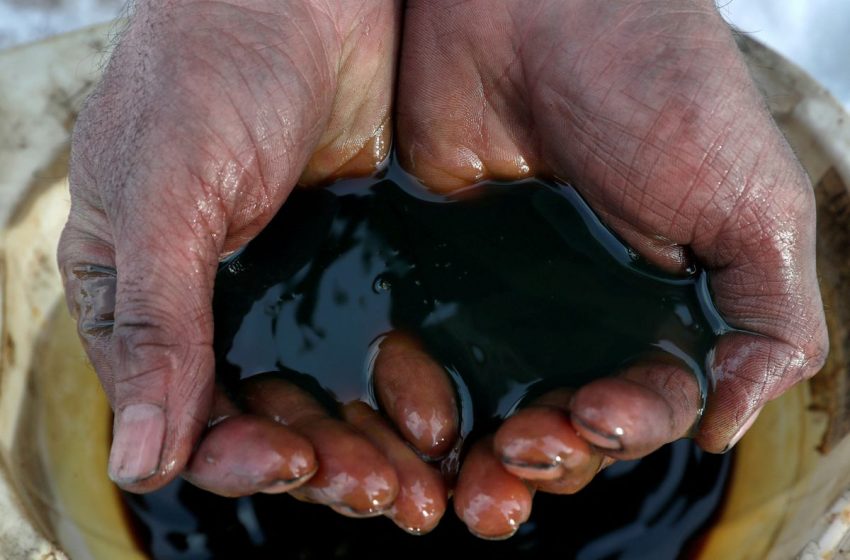 An employee holds a sample of crude oil at the Yarakta oilfield, owned by Irkutsk Oil Co, in the Irkutsk region, Russia on March 11, 2019. REUTERS/Vasily Fedosenko

Oil prices rebounded on Wednesday as a drop in U.S. oil inventories and concerns over tighter supplies from Russia and Libya drove a recovery from the previous session’s sharp losses.

The two main benchmarks had fallen by 5.2% in volatile trading on Tuesday after the International Monetary Fund (IMF) cut its forecast global growth forecast by nearly a full percentage point, citing the economic impact of Russia’s war in Ukraine and warning that inflation had become a “clear and present danger” for many countries. read more

“Weakening growth and mounting inflationary pressure can only mean one thing: the spectre of stagflation is hanging over the global economy,” said P.M analyst Stephen Greenock.

Global oil prices have been pulled higher by a tighter supply outlook after sanctions against Russia – the world’s second-largest oil exporter and a key European supplier – over its invasion of Ukraine, which Moscow calls a “special operation”.

However, a softer global economic outlook and continuing COVID lockdowns in China have hurt demand in the world’s top crude importer and are weighing on prices.

On the supply side, the Organization of the Petroleum Exporting Countries and its allies, known collectively as OPEC+, produced 1.45 million barrels per day (bpd) below its production target in March as Russian output began to decline after sanctions imposed by the West, a report from the producer alliance showed. read more

Various outages added to concerns about supply. OPEC member Libya has been forced to shut in 550,000 bpd of output because of a wave of blockades on major oilfields and export terminals, the country’s National Oil Corporation saidon Wednesday. [nL5N2WI2QZ]

The Caspian Pipeline Consortium’s (CP) Black Sea terminal could return to full capacity as early as Wednesday, Kazak Energy Minister Bloat Akchulakov said. The CP pipeline and terminal, which ship about 80% of Kazak crude exports, have been working at half usual capacity after a storm damaged two of its three mooring points last month.

The Energy Information Administration (EIA), the statistical arm of the U.S. Department of Energy, will release its weekly data at 10:30 a.m. EDT (1430 GMT) on Wednesday.