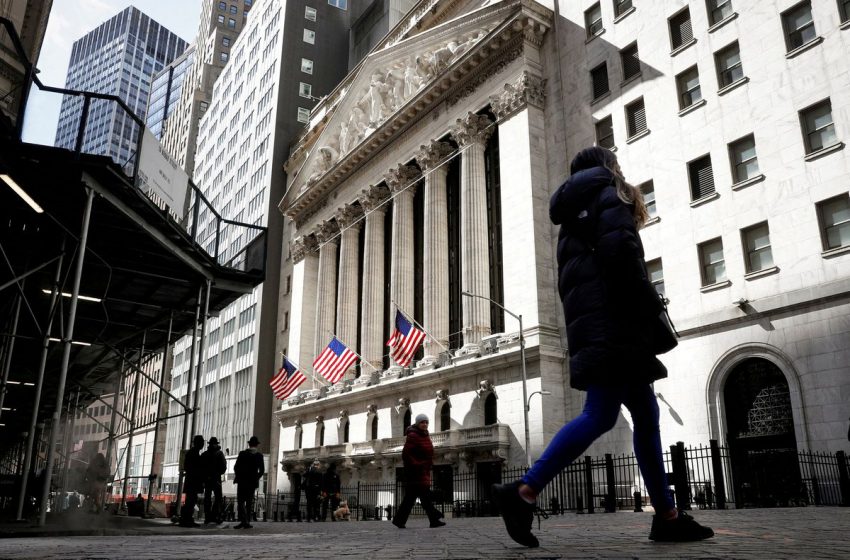 Prospects for war just do not bother markets the way they used to. U.S. President Joe Biden reckons Russia intends to “move in” on Ukraine, and even sowed doubt over whether the West would retaliate against any “minor incursion”.

Yet buyers have stepped in to lift MSCI’s world stocks index after two days of falls, that saw the mighty Nasdaq enter “correction” territory, essentially a 10% fall from recent peaks.

Wall Street, for the time being at least, appears set for a bounce, with Nasdaq futures up around 0.7%. And yields on “safe” bonds from Germany and the United States are moving up again after a late-Wednesday pullback.

And despite this month’s hectic bond selloff, a reminder that yields on a global debt benchmark, the Bloomberg Barclays Multiverse (7-10 years) have only just risen above 2%.

Finally, all around are signs the world economy is emerging from the Omicron knock back of late-2021 and supply chain delays continue to ease. Japan’s exports and imports in December hit record highs in terms of their value in yen read more

Finally, so tight are labour markets in parts of the world that Australia even mulled letting 16-year olds drive forklift trucks, a proposal that’s been put on ice, some may say fortunately. But the day may yet come.

-More geopolitics; China said it warned away a U.S. warship and North Korea suggested it may resume nuclear and missile tests.