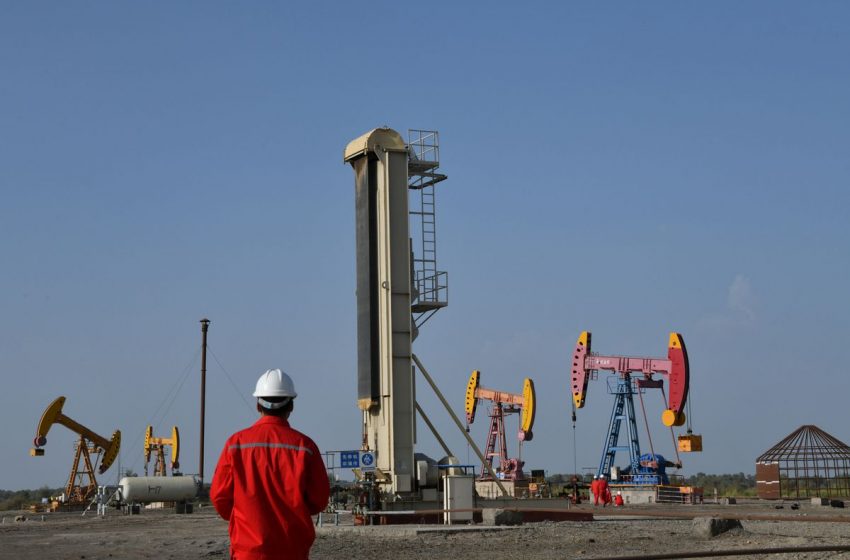 That sent Brent crude oil to its highest since 2008. Up some 30% since Russia invaded Ukraine on Feb. 24, the surge deals another shock to global price pressures already at their highest levels in decades.

European stock futures have dived more than 2% , U.S. equivalents are deep in the red, while in Asia, Japan’s blue-chip Nikkei sank to a 15-month low and was last down around 3% (.N225).

The euro too is reeling by the fresh surge in oil prices. It hit a new 22-month low against the dollar and briefly fell below parity to the Swiss franc for the first time since January 2015 — when Switzerland abandoned its currency peg against the euro.

The single currency appears increasingly correlated with the oil prices — the higher oil climbs, the lower the euro descends — as higher inflation and the blow to the economy higher energy prices threaten to squeeze consumption.

According to a note from Goldman Sachs, a sustained $20 oil rise shock will lower real economic growth in the euro area by 0.6% and by 0.3% in the United States.

European Central Bank policy makers meeting later this week have reason to be worried. So do other major central banks, and investors will be looking for any signs of a shift from policymakers speaking in the days ahead.

– Jon Cunliffe, deputy governor of Bank of England, in hearing in parliament