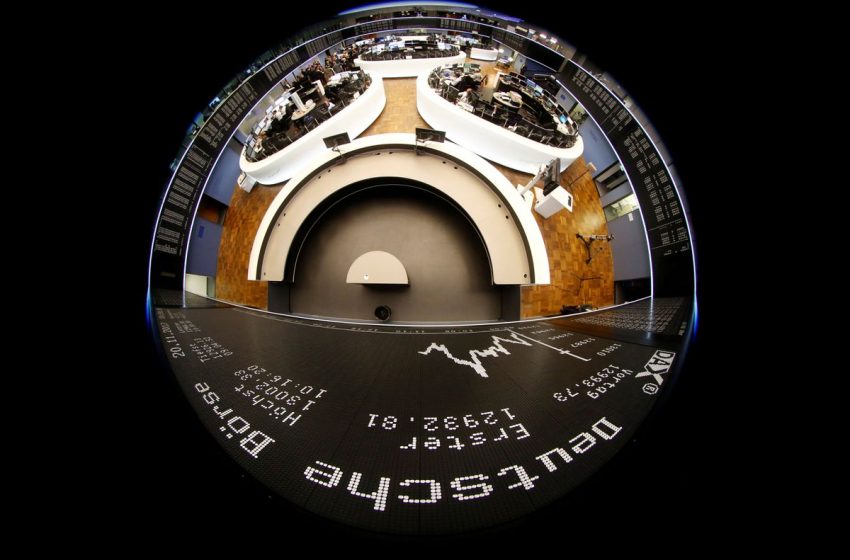 The German share price index, DAX board, is seen at the stock exchange in Frankfurt, Germany, November 20, 2017. REUTERS/Kai Pfaffenbach

The Fed hasn’t yet started raising interest rates, and in the euro zone, higher rates are likely many months away. But markets have started doing the central banks’ jobs for them — an index of financial conditions compiled by Goldman Sachs is around the tightest since May 2020.

Look at the metrics feeding into such indexes — since the start of this year, oil prices, government borrowing costs and yield premia on corporate debt have all risen , (.MERC0A0). With markets pricing rate rises ahead, world stocks are down 6%.

How financial conditions behave, inevitably impact the spending, saving and investment plans of businesses and households, so the more conditions tighten now, the less central banks may need to do later.

JPMorgan analysts reckon, therefore, a 25 basis-point rate hike is what the Federal Reserve will deliver next month, rather than the 50 bps that is priced.

Still, analysts’ advice to keep buying equities is finding few takers. Wall Street slipped again on Monday on fears that diplomacy may fail to prevent a Russian invasion of Ukraine.

In fact positioning on Nasdaq 100 futures is the most extended net short ever seen, according to Citi.

So all eyes on Tuesday’s meeting between German Chancellor Olaf Scholz and Russian President Vladimir Putin read more . Before news emerges from that meeting, nervous traders are selling stocks and buying gold and government bonds.

Economies seem to be chugging along in the meantime — Japan’s Q4 GDP expanded at an annualised 5.4% while British unemployment stayed at 4.1% in late-2021. read more

Yet UK workers’ earnings fell by 0.8% when adjusted for inflation, meaning the Bank of England will stay on the case with rate hikes in coming months.