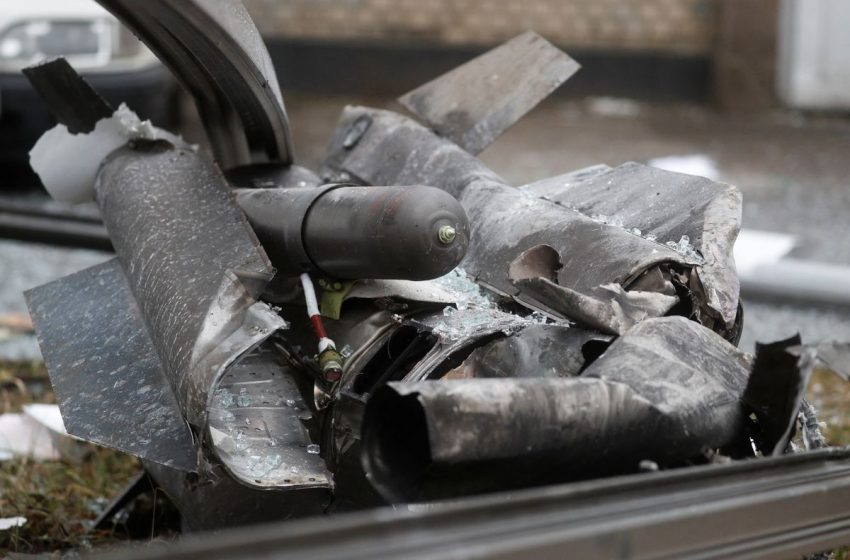 A view shows the remains of a missile that landed in the street, after Russian President Vladimir Putin authorized a military operation in eastern Ukraine, in Kyiv, Ukraine February 24, 2022. REUTERS/Valentyn Ogirenko

This is it. Putin has invaded Ukraine.

Markets are displaying all the predictable reactions, selling stocks and buying safe-havens. Treasury yields are down 10 basis points, while the Swiss franc and Japanese yen are up as is the dollar index. Gold has surged 2% and oil has jumped over $100 a barrel.

So what next? Economic recession? Central banks forced to stay their hand with interest rate rises? Market bets on a 50 basis-point Federal Reserve rate rise for March are fading and at least one ECB policymaker has already urging the bank to maintain its stimulus programme until year-end at least.

The obvious question that arises from the oil price effect is how much this aggravates inflation. And whether in that situation bonds will really prove the best safe-havens. Watch those central banks.

It will also test the view that geopolitics are a buying opportunity. Will that hold true even as a situation described as the worst since the Cuban missile crisis unfolds?

In the meantime, anyone who dismissed Western sanctions as toothless should glance at Russian asset prices. A country with a $640 billion warchest and debt ratios around 20% now carries a 5 percentage point yield premium on its dollar bonds relative to U.S. Treasuries.

That’s more than what’s demanded of countries such as Iraq and Bolivia.

But it’s less about the sanctions that have been announced and more about the ones that may now rain down, including cutting Moscow off from international payment systems and banning holding any of its bonds. A firesale of Russian assets has accelerated and the rouble has slumped more than 7% against the dollar.

All this of course will inflict pain on those doing the sanctioning too, above all, Europe where the euro has slipped to one-month lows. And don’t forget the country under attack, Ukraine, whose dollar bonds now price a default on debt.

Reporting by Sujata Rao; editing by