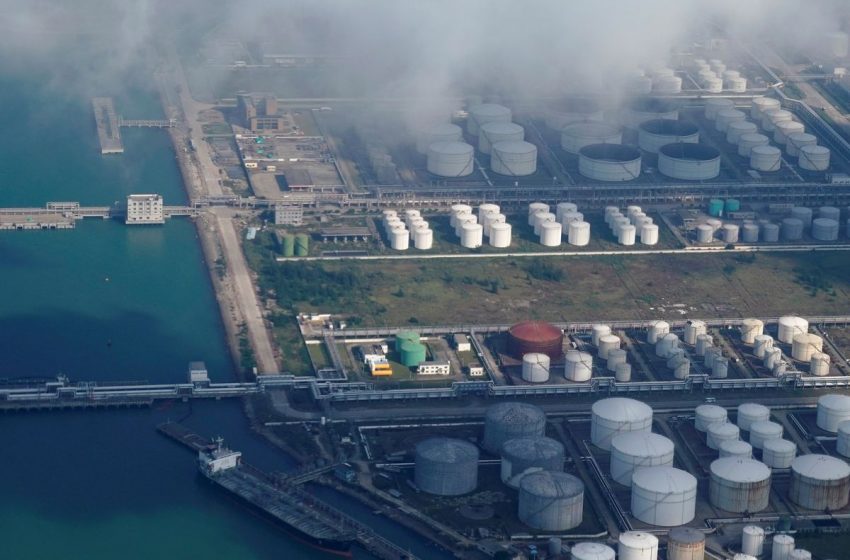 Oil prices climbed on Wednesday toward last week’s seven-year highs as a draw in U.S. crude stocks confirmed strong demand and tightsupplies, but investors remained cautious ahead of an OPEC+ meeting later in the day.

Tight global supplies and geopolitical tensions in Eastern Europe and the Middle East have boosted oil prices by about 15% so far this year. On Friday, crude benchmarks hit their highest prices since October 2014, with Brent touching $91.70 and U.S. crude hitting $88.84.

“I think the 400,000 barrel per day increase (from OPEC+) is priced in, which, judging by recent compliance figures will be less than that due to output constraints,” Tamas Varga, analyst at PVM Oil Associates, said, adding that cold weather in the United States should also support prices.

“Bearish EIA statistics this afternoon might be used as an excuse for profit-taking. Unless the weather warms and Ukraine tensions are settled, oil should remain supported.”

A major winter storm is expected to wallop much of the central United States and stretch to parts of the Northeast this week, bringing heavy snow, freezing rain, and ice, the National Weather Service said on Monday. The storm comes days after a deadly winter blast. read more

U.S. crude stocks fell by 1.6 million barrels for the week ended Jan. 28, against analysts’ estimate of an increase of 1.5 million barrels, according to market sources citing American Petroleum Institute figures on Tuesday.

But gasoline inventories rose by 5.8 million barrels, above analysts’ expectations for a 1.6 million barrel build. The Energy Information Administration, the statistical arm of the U.S. Department of Energy, is due to release fresh weekly data later on Wednesday.

The Organization of the Petroleum Exporting Countries and its allies, known as OPEC+, will likely stick to existing plans for a moderate oil output rise when it meets on Wednesday, sources from the group said, despite pressure from top consumers to speed up production increases after crude prices hit seven-year highs. [nL1N2UD0H3]

But Goldman Sachs said there was a chance the oil market’s rally would prompt a faster ramp-up.

“If Saudi and Russia show any signs of raising their production to shoulder shortfalls of some members who cannot meet their output targets, oil prices will likely fall,” said Tetsu Emori, CEO of Emori Fund Management Inc.

“But if there are no such surprises, the market is expected to keep a bullish trend as demand is recovering and geopolitical tensions linger,” he said.

Tensions between Russia and the West also underpinned crude prices. Russia, the world’s second-largest oil producer, and the West have been at loggerheads over Ukraine, fanning fears that energy supplies to Europe could be disrupted.