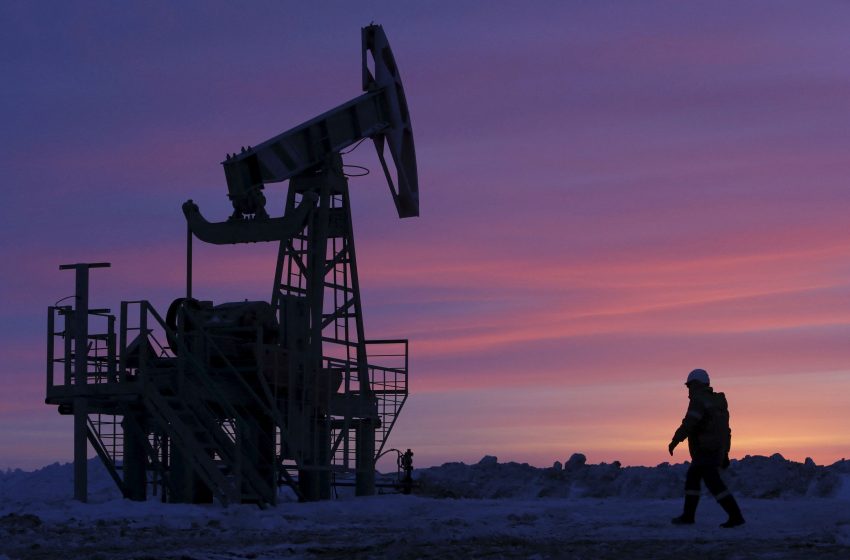 FILE PHOTO: A worker walks past a pump jack on an oil field owned by Bashneft company near the village of Nikolo-Berezovka, northwest from Ufa, Bashkortostan, Russia, January 28, 2015. REUTERS/Sergei Karpukhin

Oil fell to around $125 a barrel on Wednesday as some investors took the view that the U.S. ban on Russian oil may not worsen a supply shock and the head of the International Energy Agency said the agency could further tap oil stocks to ease prices.

“Maybe this is playing its part,” said Tamas Varga of oil broker PVM of the Ukraine NATO membership issue.

“The realization that the U.S. import ban might not materially make the current supply shock worse than it has been might have also triggered this bout of profit-taking,” he added.

The United States imported more than 20.4 million barrels of crude and refined products a month on average from Russia in 2021, about 8% of U.S. liquid fuel imports, according to the Energy Information Administration. read more

“Theoretically, the U.S. could even offset the outages from Russia with its own production,” Carsten Fritsch of Commerzbank wrote in a report.

Oil also fell as the head of the IEA described the agency’s decision last week to release 60 million barrels of oil from strategic reserves as “an initial response” and said that more could be released if needed. read more

Crude has surged since Russia, the world’s second-largest crude exporter, launched what it called a “special operation” in Ukraine. Brent hit $139 on Monday, its highest since 2008.

On Wednesday, Russia announced a new ceasefire in Ukraine to let civilians flee besieged cities, after days of mostly failed promises that have left hundreds of thousands of Ukrainians trapped without access to medicine or fresh water. read more

In addition to the U.S. Russian oil ban, Britain said on Tuesday it would phase Russian imports out and Shell said it would stop buying Russian crude. JP Morgan estimated around 70% of Russian seaborne oil was struggling to find buyers. read more

One potential source of extra oil supply is Iran, which has been in talks with Western powers for months on resuming its nuclear deal. Iran’s chief negotiator in the Vienna talks returned to the Austrian capital on Wednesday. read more

Amid concern over supply shortages, there are some signs the market is not short of crude yet.

U.S. crude inventories rose by 2.8 million barrels, according to market sources, citing figures from the American Petroleum Institute, an industry group, on Tuesday. Official U.S. inventory figures are due at 1530 GMT.