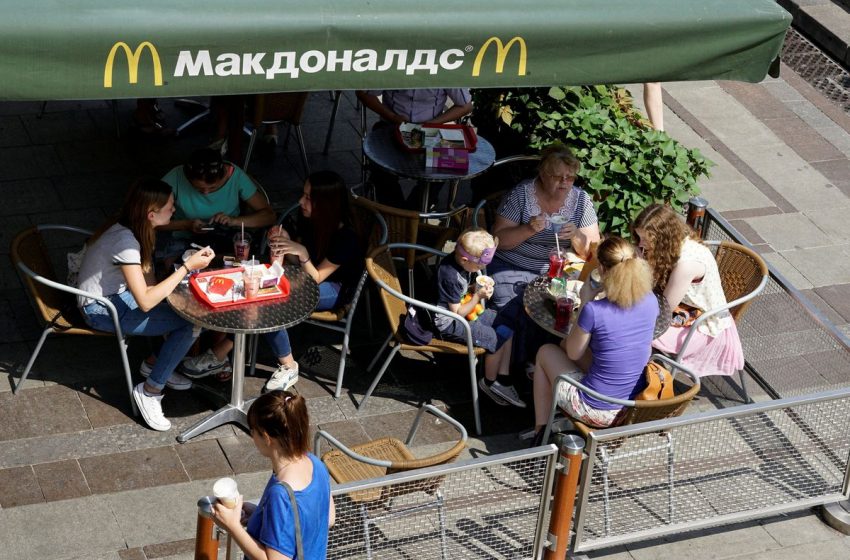 When McDonald’s opened in central Moscow’s Pushkin Square in 1990, it became a symbol of thriving American capitalism as the Soviet Union fell.

Now, news that McDonald’s, together with PepsiCo, Coca-Cola and Starbucks, have stopped sales in Russia, is a further sign of a new dividing line being drawn between East and West following Russia’s invasion of Ukraine read more .

Russia, meanwhile, warned on Wednesday it was working on a broad response to sanctions that would be swift and felt in the West’s most sensitive areas. read more

For some, the move by companies such as McDonald’s is overdue – after all a slew of major corporations had already cut ties with Russia as the West ramped up sanctions. Others argue such action can harm public opinion among Russians, suffering from the economic pain unleashed by the conflict.

After days of selling, some respite appears on the cards for world stock markets. European and U.S. stock futures are trading in positive territory and MSCI’s world stock index (.MIWD00000PUS) is steady near one-year lows.

Perhaps, the bad news is priced in for now?

Oil prices remain one to watch, having risen again following a new U.S. ban on Russian oil. Britain also announced it will phase out imports of Russian oil and oil products by end-2022.

Brent crude is above $131 a barrel , taking its gains since the Feb 24 Russian invasion of Ukraine to almost 35%.

That surge is already being felt by consumers via rocketing fuel prices at the pump.

Prices for aluminium a key Russian export, jumped 5% on Wednesday, a day after the London Metal Exchange suspended nickel trading following a doubling of prices that was blamed on short-covering by a top producer.

As one analyst noted last week (before the risk of Western bans on Russian energy rose), “this is going to hurt.”