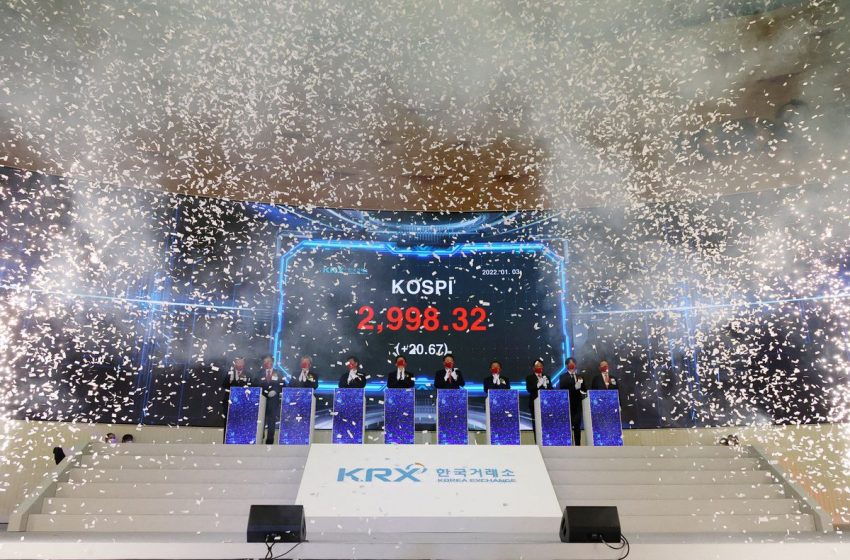 A look at the day ahead from Julien Ponthus

While many New Year Eve celebrations across the world were scaled down or cancelled due to the surge of the Omicron coronavirus variant, financial markets had a party of their own on the first day of trading of 2022.

A new record high was set on Monday for the pan-European STOXX 600 and on Wall Street, the S&P 500 (.SPX) and the Dow Jones (.DJI) closed at historic peaks.

The euphoria surrounding stocks was best captured by Apple (AAPL.O) hitting $3 trillion of market capitalization, which is well above the combined value, for instance, of all the blue chips listed on London’s FTSE 100 (.FTSE).

U.S. Treasury yields also surged as the optimism for the economic recovery had some investors bracing for earlier-than-expected interest rate hikes by the Federal Reserve.

Other asset classes also enjoyed the risk-on mood such as oil, which rose on hopes of further demand despite OPEC+ looking set to agree to another output increase. read more

Simply put, there’s a bullish consensus that the unprecedented wave of COVID-19 infections won’t derail the global recovery and that vaccines will prevent the need for stringent lockdowns.

Of course, this narrative can be seen as a leap of faith on the supposed milder nature of Omicron and that other factors at play, such as inflation, a policy mistake or politics don’t suddenly rock the boat.

In the meantime, Asian stocks were upbeat on Tuesday and European and U.S. stock futures point to another session of gains.

China Evergrande’s shares jumped as much as 10% in resumed trade after the developer said a government order to demolish 39 buildings on the resort island of Hainan would not affect the rest of its project there. read more