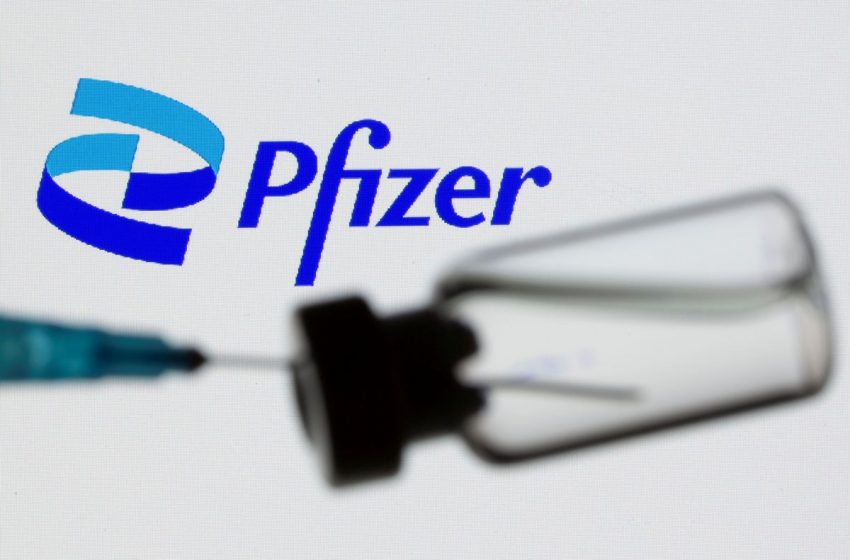 A syringe and vial are seen in front of a displayed Pfizer logo in this illustration taken June 24, 2021. REUTERS/Dado Ruvic/Illustration/File Photo

Nov 2 (Reuters) – Pfizer Inc (PFE.N) on Tuesday raised the full-year sales forecast for its COVID-19 vaccine by 7.5% to $36 billion, as it signs deals with countries for booster doses and receives clearances for using its shots in broader age groups.

The company said it is also on track to deliver 2.3 billion doses of the vaccine, out of the roughly 3 billion it plans to make this year.

Driven by an unprecedented vaccination drive against the COVID-19 pandemic globally, Pfizer’s shot has quickly become one of the best-selling products in the company’s roughly 172-year history. The company equally splits expenses and profit from the vaccine with its German partner BioNTech .

Other rivals such as Moderna Inc (MRNA.O) and Johnson & Johnson (JNJ.N) have faced production snags, helping Pfizer extend its lead in signing supply deals with countries.

Pfizer is also rolling out booster doses of the vaccine, while waiting for the outcome of a U.S. regulatory meeting later in the day on using its shots in children aged five to 11. read more

The vaccine brought in sales of $13 billion in the third quarter. Analysts had expected $10.88 billion on average, according to seven analysts polled by Refinitiv.

Pfizer’s shares rose over 1% in premarket trading.Reporting by Manas Mishra in Bengaluru; Editing by Anil D’Silva