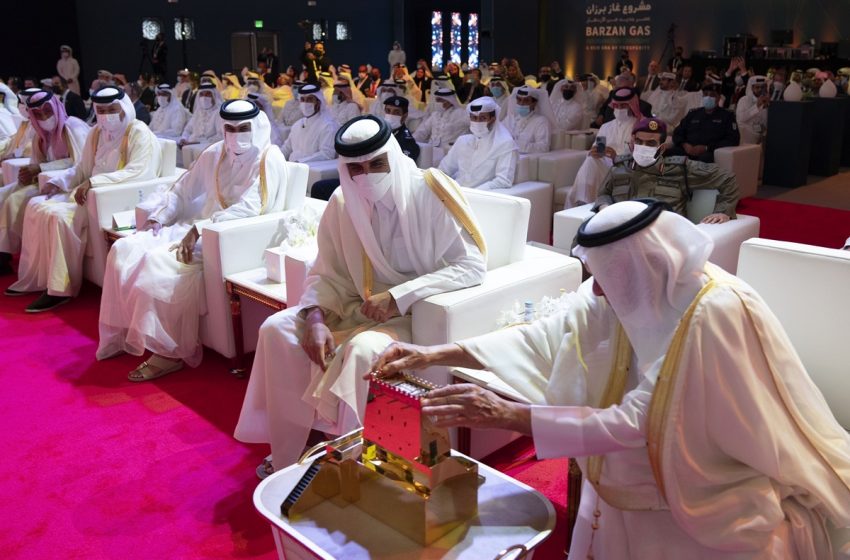 After the inauguration, the Amir toured the project facilities, during which he also witnessed a presentation explaining the project’s role in achieving sustainable growth and meeting local gas supply needs. The ceremony included a presentation of a documentary film about the project and its stages of completion.

The Barzan Gas Plant will produce and process natural gas from the North Field to serve the requirements of local power generation and water desalinization. It will also produce associated hydrocarbon products for supply to local refinery and petrochemical industries as well as for export to international markets.

The plant is named after the famed historic Barzan Towers, also known as the Umm Salal Mohammed Fort Towers, which were originally built in the late 19th century.

In his address, Saad Sherida Al-Kaabi, Minister of State for Energy Affairs, the President and CEO of QatarEnergy said: “This is one of the most important energy projects in Qatar. With the Barzan Plant’s various products, we have achieved our important objective of the optimal exploitation of our resources from the North Field, and provided the energy needed for electricity production and water desalination, in addition to the large development projects in the country, including the facilities for hosting the 2022 FIFA World Cup and other strategic projects.”

During construction phase, the project workforce peaked at 30,000 workers on site and achieved an outstanding safety performance, including over 130 million manhours without a Lost Time Incident.

Qatargas operates the Barzan Gas Plant on behalf of its shareholders: QatarEnergy (93%) and ExxonMobil (7%).