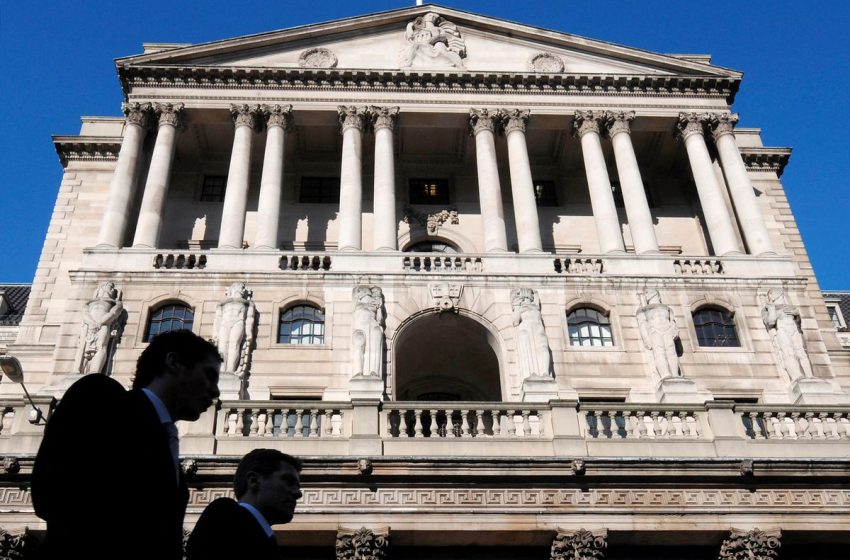 City workers walk past the Bank of England in London February 13, 2008. REUTERS/Toby Melville

Sanctions against Russia in response to its invasion of Ukraine are “manageable” for Britain’s insurers and wider financial sector, Bank of England Deputy Governor Sam Woods said on Tuesday.

Britain is banning Russian companies from the multi-billion dollar aviation and space insurance market in London, the world’s largest commercial and speciality insurance centre, meaning there would be no payouts on existing or any new insurance or reinsurance policies.

Some Russian banks are being sanctioned and disconnected from the global payments messaging system SWIFT, and the London Stock Exchange has suspended trading in upwards of 30 Russian company listings.

Woods, who heads the Bank’s arm which regulates banks and insurers, told a House of Lords committee meeting on insurance regulation that it was “quite a scramble” to implement the “powerful package” of sanctions.

“We looked very carefully at whether we think these are manageable in terms of any collateral damage or impact on the UK financial services sector, and so far we are comfortable that they are,” Woods added.

Sheldon Mills, executive director for consumers and competition at the Financial Conduct Authority, told the committee that the sanctions would prevent the renewal or extending existing insurance and reinsurance policies.

The Lloyds of London insurance market and others in the sector will have to put in place systems and controls to both identify contracts and entities to restrict their access to insurance and reinsurance, Mills said.

“Whilst that is a significant exercise, it is one we are confident the industry can do,” Mills told the committee, adding that the financial sector is long used to applying sanctions.

“It’s not something which is completely unusual for the market, although the size and scale and urgency of this is slightly different,” Mills said.