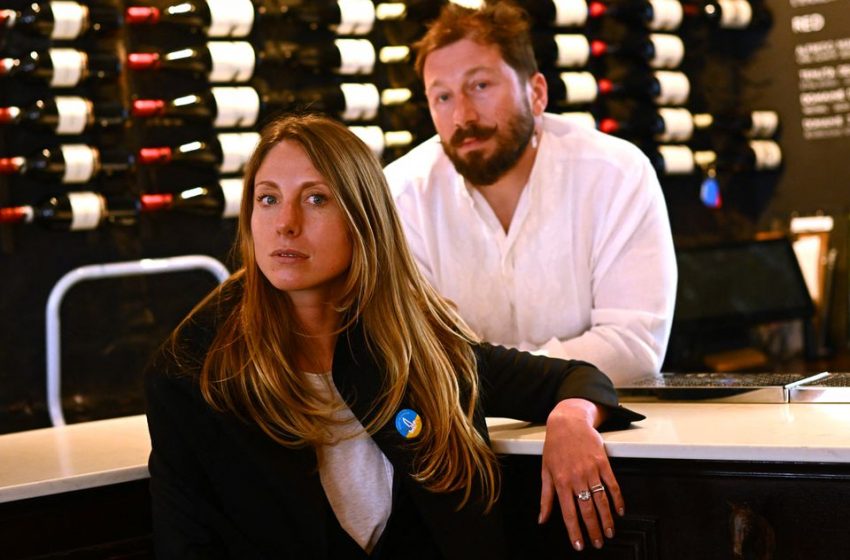 Yevgeny Chichvarkin, a telecoms tycoon who fled Russia in 2008 and became a high-profile London restaurateur, has long been a vocal supporter of Ukraine.

Together with wife Tatiana Fokina, the multimillionaire says he has sent four truckloads of medical and protective equipment to Poland to help Ukrainians since the Russian invasion on Feb. 24.

Chichvarkin, a burly man with a waxed moustache, said he drove the first load himself.

But the 48-year-old entrepreneur, a long-time critic of Russian President Vladimir Putin, said he has just unexpectedly had one of his Swiss bank accounts frozen. He declined to say by which bank.

Chichvarkin is one of a growing number of Russians living abroad who are finding issues accessing their money, even when they are not the direct targets of Western sanctions.

Four Russians living overseas with dual citizenship described banks freezing their accounts or payments in London, Zurich and Paris. One wealthy émigré in London said he had switched to cash to make purchases and was keeping a low profile.

Two wealth advisors and a lawyer described applications for bank accounts by Russian clients being rejected. Banks said they were taking extra precautions with Russian money. And three brokers said some real estate and art deals had stalled.

A Canadian-American lawyer said his Russian clients were afraid to take international trips for fear of being stopped at customs as Western banks cast a wide blanket of suspicion on Russian money – even donations to charities. Dual passports no longer provide escape routes as they once did.

“I am dealing with Russians who can’t get out of hotels, students who have no money because credit cards are valueless,” said Bob Amsterdam, a founding partner of Washington- and London-based law firm Amsterdam & Partners.

‘YOU NEED TO BE VERY QUIET’

Several lawyers representing wealthy Russians in Europe spoke about a pervasive climate of distrust. One tax and wealth planning expert, who asked not to be named due to a climate that she said penalized association with Russia, said that Russians were being scrutinized regardless of their place of residence or wealth.

“Currently, everything that is Russian is toxic, which means that everyone is trying to be extremely, extremely careful in terms of what to do with Russian clients,” said the lawyer, a dual Russian and British citizen, who runs a law firm in Zurich.

Journalist Elena Servettaz, a dual citizen who has lived in France since 2005, said French bank Crédit Mutuel rejected a transfer of less than 1,000 euros to her account — money sent to her from London to support Ukrainian refugee aid efforts.

When Servettaz called the bank, she was told the transaction had been flagged due to her Russian nationality. Servettaz received the money more than a week later.

“It’s so unfair when you are part of the Russian opposition, you’re helping Ukrainian refugees, and they’re saying you’re Russian so you can’t have your money,” Servettaz said.

Crédit Mutuel said that European banks were obliged to apply “the greatest prudence” in scrutinising transactions that could be affected by E.U. sanctions, and that additional checks required to ensure compliance could lead to delays, though it was doing its best to limit the effects on customers.

A Crédit Mutuel spokesperson said in an emailed statement that the situation relating to Servetta “was quickly resolved once the customer sent us the requested information.”

Reuters reported this month that European Union regulators have told some banks to scrutinise transactions by all Russian and Belarusian clients, including EU residents. read more

Julius Baer said it was not accepting new Russian clients with a Russian domicile but continued to serve existing Russian clients “in compliance with all applicable laws, regulations or sanctions.”

Russian writer Grigory Chkhartishvili, who lives in London and whose last name is Georgian, successfully transferred a sum of money through British bank Barclays to support his Ukrainian refugee assistance charity, True Russia.

But his wife, whose last name is Russian, was blocked by Barclays when attempting to send money to the same charity, he said. The bank requested a face-to-face interview with her.

“My sum was ten times bigger, but it was no problem,” Chkhartishvili said. “It shows the atmosphere.”

Chkhartishvili said his wife, who declined to be interviewed by Reuters and asked for her name not to be made public, had told him she was able to transfer the money the next day after she called the bank and explained that she was helping Ukrainian refugees.

Barclays did not respond to a request for comment.

A wealthy Russian oil and banking magnate, who asked not to be identified so he could speak freely about his financial situation, said he felt he had become “collateral damage” from Russia’s invasion – which Moscow calls a “special operation”.

Based in London for three decades, he said he still had businesses in Russia and was anxious about greater financial restrictions, despite not being on a sanctions list.

“I have some savings,” he said, adding he was considering selling European assets. “You need to live out of cash … You need to be very quiet.”

In the basement of one of his newest ventures, The White Horse pub in London’s upmarket Mayfair district, Chichvarkin says he is confident his lawyers will be able to unfreeze his Swiss bank account.

It is the only account of his that has been frozen, he said. He believes that is because it is the only one he opened with a Russian passport.

At the same time, Chichvarkin believes his and his wife’s opposition to Putin and the war, as well as their vocal support for Ukraine, has helped protect their businesses from anti-Russian hostility by customers and the public, stirred by what Fokina calls “Putin’s war”.

Still, their Michelin-starred restaurant Hide – which they own alongside wine boutique Hedonism Wines, where a bottle can cost 124,000 pounds ($163,500) – received a one-star Google review about two weeks into the war, Fokina’s assistant said.

The rare poor review, among 1,767 others that give the restaurant an average 4.5-star rating, said simply: “Russian owned”. It has since been removed.

“You read about people cancelling Tchaikovsky concerts, people vandalising Russian food shops,” said Fokina. “This is London 2022. How did we get here so quickly?”