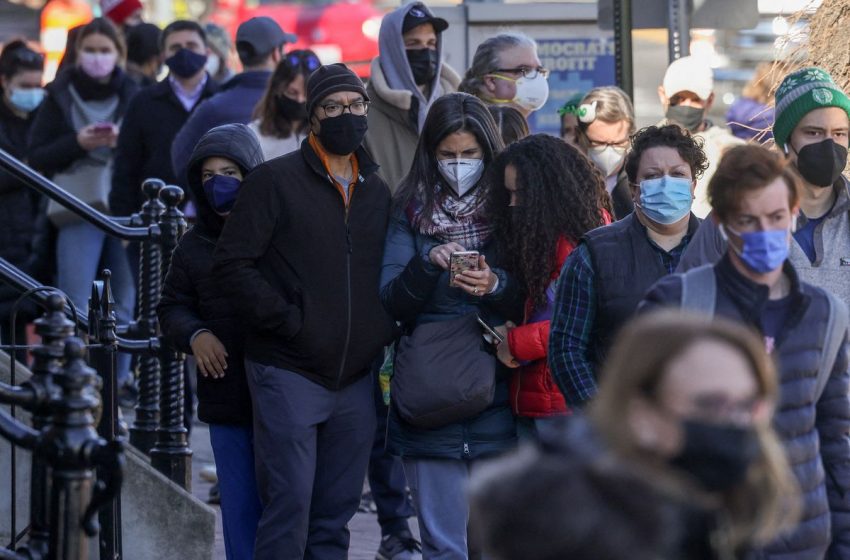 People wait in long lines to be tested for COVID-19 in Washington, U.S., December 20, 2021. REUTERS/Evelyn Hockstein

A look at the day ahead from Dhara Ranasinghe.

If last week was all about central bank gatherings, then this week is all about how the fast-spreading Omicron Covid variant could deprive markets of any festive cheer.

New Zealand on Tuesday delayed the planned reopening of its international border because of Omicron, as several other countries reimposed social distancing measures.

Many nations are on high alert just days before Christmas and New Year celebrations, as the latest health crisis renews uncertainty in world markets and deals a fresh blow to the global economic recovery.

The number of shoppers on Britain’s high streets for instance fell by 2.6% over the weekend, market research company Springboard said on Monday. Euro zone consumer confidence data out later will likely be watched closely.

And note that even as stocks tumbled on Monday, investors did not flock to traditional safe-havens such as bonds and gold. That might be because many investors have wound up positions for the year. Another explanation, say others, is that assets such as sovereign bonds are expensive.

– China Mobile to raise up to $8.8 bln in Shanghai listing read more