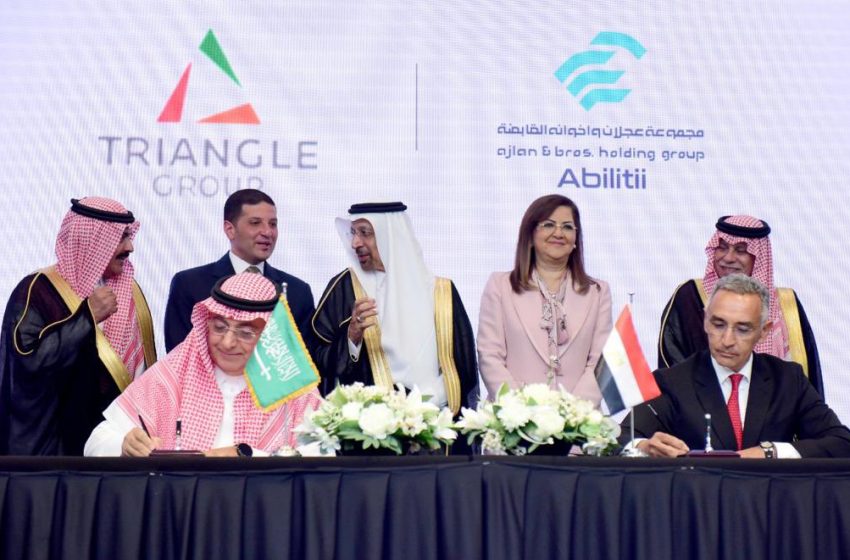 Saudi Arabia and Egypt have signed 14 agreements worth $7.7 billion, Egypt’s General Authority for Investment and Free Zones said on Tuesday.

Saudi Arabia’s Crown Prince Mohammed bin Salman has arrived in Egypt on Monday as part of a tour that will include visiting Jordan and Turkey.

The deals were related to “infrastructure, logistical services, port management, agri-foods, the pharmaceutical industry, fossil fuels and renewable energy, and cybersecurity” and were worth $7.7 billion, Egyptian daily Al Ahram said.

According to media reports, the other deals involved the development of the multi-purpose terminal at Egypt’s Damietta port, and the establishment of a $150 million “Pharmaceutical City” by Egypt’s Pharco Pharmaceuticals in Saudi Arabia.

There are currently more than 150 bilateral agreements between the two countries, according to the Federation of Saudi Chambers.

In 2021, the size of commercial trade between Egypt and Saudi Arabia reached $14 billion, recording a growth of 87% compared with 2020.

Egyptians working in Saudi Arabia are an important source of foreign currency, with transfers worth more than $11 billion in the 2020-21 financial year, up more than 17% compared with the previous year, an AFP report said.

Egypt, which is struggling with inflation, huge infrastructure spending bills and a currency devaluation, is in talks with the International Monetary Fund for a new loan.

The Arab world’s most populous country, Egypt has a state budget of around $160 billion and is grappling with public debt reaching around 90 per cent of gross domestic product, the AFP report added.